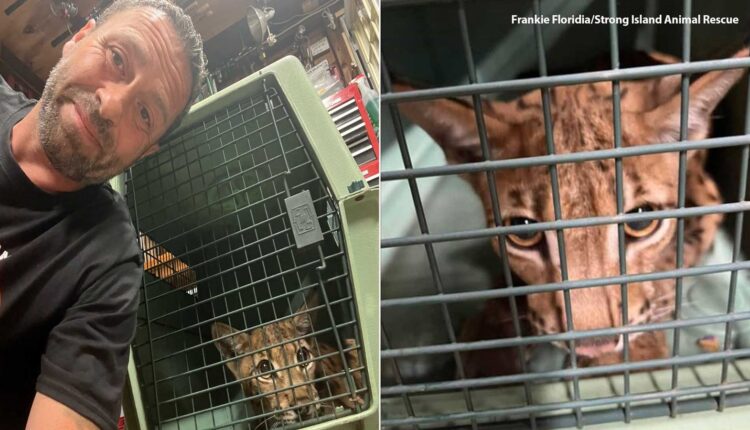 The cat, identified by the Strong Island Animal Rescue League as a lynx, was captured at Hawthorne Avenue and Adams Road.

The cat, identified by the Strong Island Animal Rescue League as a lynx, was captured at Hawthorne Avenue and Adams Road.

Searchers had just gone home after a long night of staking out the location where they expected the cat would return.

Then Frankie Florida of Strong Island Animal Rescue got a call saying there had been a sighting in Central Islip.

He got another call saying police had the cat contained.

The cat was tranquillized and is now at Sweetbriar Nature Center in Smithtown, where it will get a health assessment.

According to Suffolk County Police, the cat was first spotted near Boulevard Avenue in West Islip around 10:40 am on Tuesday.

Officers responded to the location but could not find the animal.

Animal advocates put out the word, and residents in the area have been on the lookout since.

Have a breaking news tip or an idea for a story we should cover? Send it to Eyewitness News using the form below. If attaching a video or photo, terms of use apply.

House of the Week: After a five-year restoration, Syracuse’s Ridings House has been brought back to life