When Will AEW Return To Philadelphia? 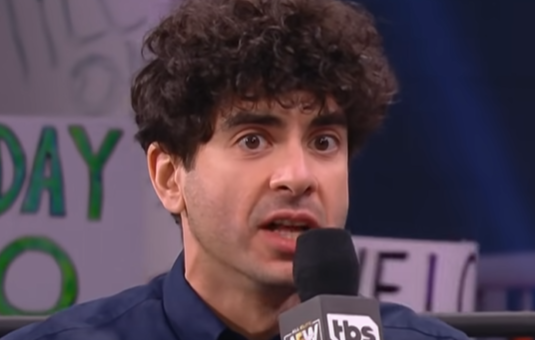 AEW is consistently in demand by fans all around the world, and a new report from the Wrestling Observer has revealed when the company will be making its return to the City Of Brotherly Love.

Philadelphia fans won’t have to wait long, as Tony Khan is taking his company to the Liacouras Center in Philadelphia on Wednesday, September 28, for a live episode of “AEW Dynamite” and a taped episode of “AEW Rampage.” Tickets go on sale this Friday.

This is the second time that the company will be heading to Philadelphia this year alone, with an episode of “AEW Dynamite” airing from the city back on April 27 — Sammy Guevara and Scorpio Sky competed in a ladder match that night for the TNT Championship . The September show will mark the fourth time that the Liacouras Center has been used in AEW history.

With the announcement of this show, AEW now has venues and dates confirmed through September. AEW is set to appear in the following places:

* Sunday, September 4: All Out at NOW Arena in Hoffman Estates, Illinois

Fans attending the show in Philadelphia could potentially get the chance to see some of AEW’s biggest stars, with both CM Punk and Kenny Omega reportedly pushing to return in time for AEW’s All Out event, which is set to take place on September 4, while Bryan Danielson will be making his in-ring return this week on “Dynamite.”

AEW has yet to take their product outside of America in terms of live shows, though events in Canada and the United Kingdom are supposedly a priority for Khan “I plan to go to both of those places and hopefully both of them in the next year, ” the AEW president recently said, giving hope to fans in those areas that AEW will soon be on their shores.

Have a news tip or correction? send it to [email protected]

Ranking the 2022-23 forwards from worst to first