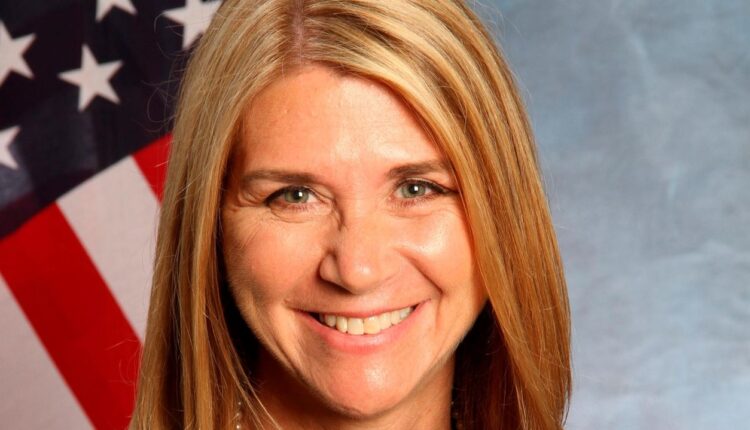 Theresa Whelan became a family court judge in 2008 and served as the court’s supervisor from 2016 to 2018. She primarily heard cases of child abuse and neglect and ran the Family Treatment Court, a program designed to help unite families affected by alcohol and drug use.

“As a family court judge, it’s important that you not only apply the law, but do so with compassion and care for the children and the families before you,” he said. “I think she just really embodied that.”

Whelan became the Suffolk County Surrogate in 2019 after a hard-fought election where backlash over a cross-endorsement deal for the post led to a controversial race. The surrogate oversees probate cases, trusts, and guardianships for minors or the incompetent. Last June, she resigned from her judicial post due to illness, less than four years into her 10-year tenure.

“She definitely left her mark on the Suffolk County judiciary and probably countless families and individuals who went before her,” said Suffolk Democratic Chairman Richard Schaffer, who first met Whelan when they were teenagers worked in political campaigns.

Whelan was born in Queens on January 21, 1962, and her family later moved to northern Babylon before settling in Sayville, her family said.

Whelan came from a prominent Democratic family. Her mother, Joan Bryant, is a former Suffolk Deputy Commissioner for Elections and was a major party fundraiser for the late party leader Dominic Baranello. Whelan met her husband at a political fundraiser.

In the courtroom, attorneys who have had cases in which Whelan presided said she was careful and considered in her decision-making and compassionate toward litigants.

“I saw people coming who were addicted to drugs [who] had lost their children, sometimes once, twice, three times, to recidivism,” said Lynn Poster-Zimmerman, a family law attorney in Huntington who has known Whelan for 25 years.

“No matter what people went through, she didn’t judge them,” Poster-Zimmerman said. “She wasn’t one to give children back to someone who couldn’t handle them, either. But she really tried to understand what people are going through.”

In the summer of 2019, LaToya James, a Hauppauge family law attorney and criminal defense attorney, said she received a call from Whelan asking her to complete mediation training at the surrogate’s court. She said Whelan also reached out to the Amistad Long Island Black Bar Association so they could share the information with their members.

“By and large, the bank has lost a great person,” she said.

Whelan holds a bachelor’s degree in English and a master’s degree in Policy Analysis and Public Management from Stony Brook University. She received her law degree from Albany Law School in 1988. Before being elected judge, Whelan was a clerk for several state Supreme Court justices in Nassau and Suffolk counties for more than 17 years.

In addition to her husband, Whelan is survived by their son Joseph Whelan of Center Moriches; daughter Erin and her husband Alex Meyers and their granddaughter Andrea of ​​Ridge; her mother Joan Bryant and husband John Bauer of Sarasota, Florida and Sayville; brothers Jack Bryant of Bay Shore and Christopher Bryant of Sayville; Sisters Vaughn Bogucki from Florida and Victoria Yule from Northport. She was predeceased by her father, John Bryant.

Dandan Zou reports on education for Newsday. She previously worked for a community newspaper in Maryland and a personal finance magazine in Washington, DC

Tale of The Tape Predictions: Louisville Men’s Basketball vs. Syracuse