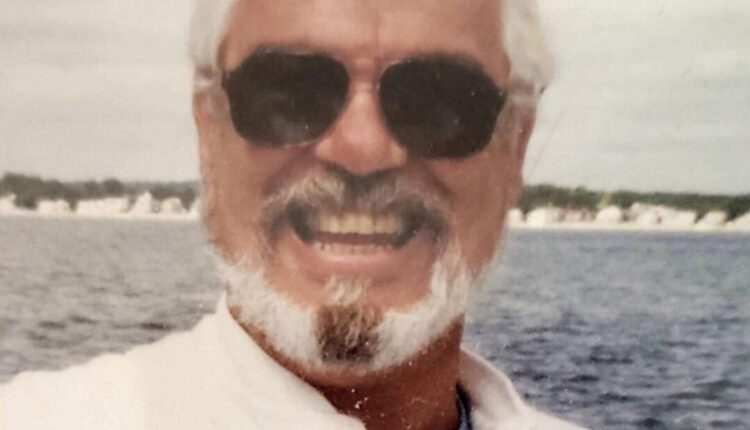 Surrounded by loved ones in the comfort of his home, Russell Harold Johns died on December 22, 2022 at the age of 84. He was husband, father, uncle, grandfather and friend to so many. Russell went by many names: “Russ,” “Dad,” and “Grampy,” to name a few. One adjective that surpassed them all was being a tall man. Russ was born on May 5, 1938 in Albany, New York to Pauline K. Johns (née Williams) and Harold A. Johns. He had a thirst for knowledge and an incredible ability to make everyone around him feel seen and heard. After graduating from Chatham, NY High School in 1955, he developed an affinity for baseball which he shared with all of his four grandchildren. After graduating, Russ served in the United States Navy from February 1956 to June 1959. Through the Fleet Sonar School in Key West, Florida, he was stationed on USS Hickox DD 673 and USS Charles S. Ware DD 865, honorably discharged Sonarman 2nd Class. For almost 60 years of his life he was accompanied by his wife and best friend Janet. When they met at a wedding in Devils Lake, North Dakota, they both agreed it was “love at first sight.” They married on June 15, 1963, two years after that memorable day. He graduated from Augsburg College in Minneapolis, MN, with a BA in Economics and Management (1966) and a graduate degree from the University of Minnesota School of Industrial Relations (1967). This led him to a fulfilling career with Union Carbide Corporation. Russ and Jan worked as human resource professionals for 31 years, traveling to many places from West Virginia to New York City to Connecticut. The couple also spent two years in Kuwait before retiring in April 1998. In his spare time, Russ served as a member of the United States Junior Chamber and served as President of South Charleston, West Virginia, Vice President of the State of West Virginia, and Honorary Senator. He loved to read, play golf, fish, play bridge and paint watercolors. He is survived by his wife Janet, three children (Marnee, Jason and Lainie), son-in-law Wolfgang, five grandchildren (Jackson, Keli, Rylan, Owen and Brayden) and three dogs (Zoey, Zeus). , and Zandy). Russ’ memorial service will be held on Wednesday, December 28 at 11:00 am at Faith Viera Lutheran Church (Viera, FL). In lieu of flowers, please feel free to donate to: Cancer Care Centers of Brevard (memorial donation in honor of Russell Johns) 1048 Harvin Way Rockledge, FL 32955