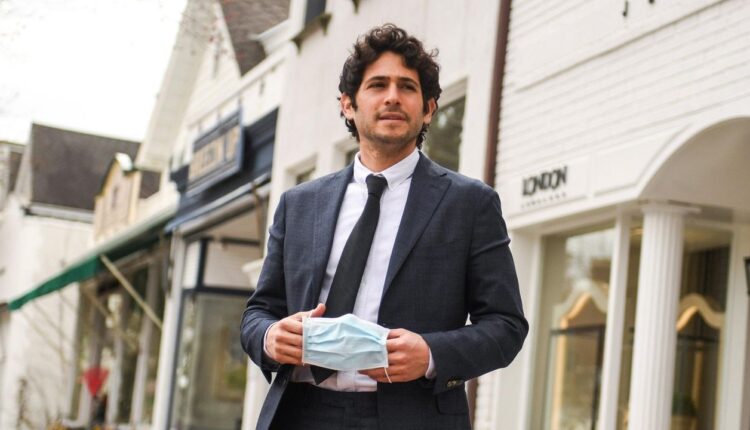 The mayor of Southampton Village has allegedly turned the village manager’s life into “hell on earth” by sending demeaning and harassing emails and freezing certain job duties, according to a new lawsuit.

Charlene Kagel-Betts, 62, has claimed Mayor Jesse Warren discriminated against her because of her age and gender, created a hostile work environment and tried to tarnish her reputation.

The lawsuit, filed against Warren and the village of Southampton in Suffolk County Superior Court on Monday, says Kagel-Betts is seeking pecuniary damages in an amount to be determined by a jury.

She alleges in the lawsuit that she suffered “physiological and emotional damage” from the mayor’s “abusive behavior.”

But Warren told Newsday in an interview that the village conducted a “very extensive investigation” into Kagel-Betts’ allegations and found them to be untrue.

This included the village hiring Elena Cacavas, an administrative judge, to conduct an investigation. The investigation concluded, according to the mayor, that “no such discrimination took place.”

Among certain allegations, Kagel-Betts’ lawsuit alleges that Warren hired 27-year-old Patrick Derenze to a position titled “assistant mayor,” giving him the duties of Kagel-Betts’ chief of staff while he was taking her from Excluded meetings she was required to attend.

The mayor said Tuesday that Kagel-Betts’ job does not include chief of staff duties.

Kagel-Betts serves as the village’s chief financial officer in her role as village manager and is responsible for the implementation and management of an annual budget in excess of $33 million. She started her position in October 2020 and has 28 years of experience in municipal finance.

Warren, who is serving his second term and plans to seek re-election this year, also called the lawsuit “politically motivated” on Tuesday.

However, plaintiff’s attorney, Regina Calcaterra, said Kagel-Betts filed the lawsuit to alert residents to the mayor’s “illegal and unethical conduct” and to show that one of his primary focuses is to carry out vendettas instead to carry out his work.

The lawsuit also alleges the mayor said he needed a male assistant instead of a woman to avoid problems he had with a former assistant identified only as “Jane Doe.”

In February 2022, Kagel-Betts received a copy of an internal complaint from the female aide alleging that the mayor had promised her a promotion to mayoral aide from the secretary but then failed to raise her to the position, the lawsuit states.

Warren “scolded and humiliated” the female assistant, and Kagel-Betts found her in tears on several occasions, according to the village administrator’s lawsuit.

According to the complaint, Warren also behaved abusively towards two female village administrators when they disagreed with him.

The lawsuit also alleges that Warren violated the village’s code of ethics and law when he attempted to trick a vendor into violating the village’s sourcing policy. That provider could not be reached for comment Tuesday evening. Warren also denied wrongdoing in this matter.

Joe Werkmeister covers the cities of Southampton, East Hampton and Shelter Island. He is a graduate of St. Bonaventure University and previously worked as an editor for two community newspapers in North Fork.