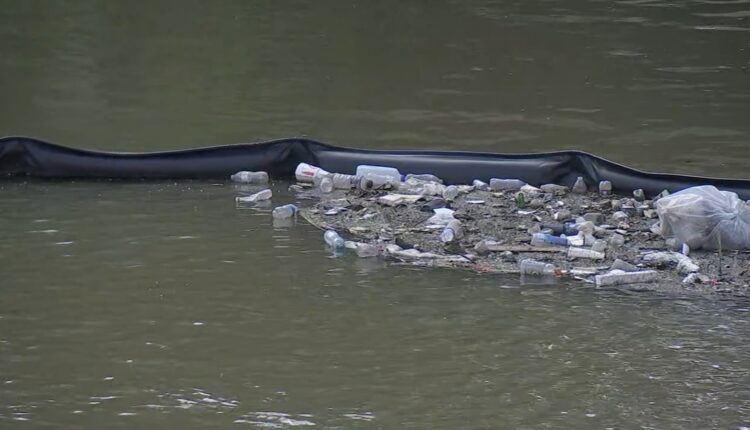 HOUSTON, Texas– Officials with a local nonprofit dedicated to preserving Buffalo Bayou and maintaining the waterway’s health announced Aug. 3 the addition of a new vacuum-powered boat to its cleanup arsenal.

Dubbed the Bayou-Vac, the new custom-designed vehicle has been years in the making, according to an Aug. 2 news release from the Buffalo Bayou Partnership, which has been running a litter collecting operation along a 14-mile stretch of the bayou for 20 years as part of its Clean & Green program.

Equipped with a 16-foot vacuum hose, the Bayou-Vac will serve as the partnership’s second vacuum vessel.

“The Bayou-Vac is a game changer for our program,” BBP’s Field Operations Manager Robby Robinson said in a statement. “Once up and running, we foresee being able to gain an entire workday worth of time for every offload, making us twice as efficient at clearing trash from the bayou.”

Trash and debris accumulates in Buffalo Bayou as a result of rainstorms that lead to stormwater runoff, according to the partnership. Without the work of the partnership, trash is at risk of traveling down the bayou into Galveston Bay and the Gulf of Mexico.

Using its current vacuum boat, BBP is able to remove roughly 2,000 cubic yards of trash annually, which officials said is the equivalent of about 167 commercial dump trucks worth of trash.

The new boat comes with several upgrades, according to the news release. Most noteworthy is the ability for workers to swap out removable dumpsters that can also be attached to dump trucks on shore. Workers previously used a land-based vacuum to deposit debris on shore once a dumpster was full.

A new hydraulic arm also allows workers to maneuver the vacuum without as much exertion while also allowing greater access to trash farther up the bayou’s shoreline.

In a statement, BBP President Anne Olson thanked Board Member Mike Garver for his role in designing the craft. She also thanked the Kinder Foundation and donors Sis and Hasty Johnson for funding it.

Correction: The Kinder Foundation and philanthropists Sis and Hasty Johnson both made donations to help fund the Bayou-Vac, but the Johnsons and the foundation are not affiliated and are separate donors.

This article comes from our ABC13 partners at Community Impact Newspapers.

As Gradual Cooldown Is Coming This Weekend in the Northeast, a Possible Flashflood Will Hit Pittsburgh