As Gradual Cooldown Is Coming This Weekend in the Northeast, a Possible Flashflood Will Hit Pittsburgh 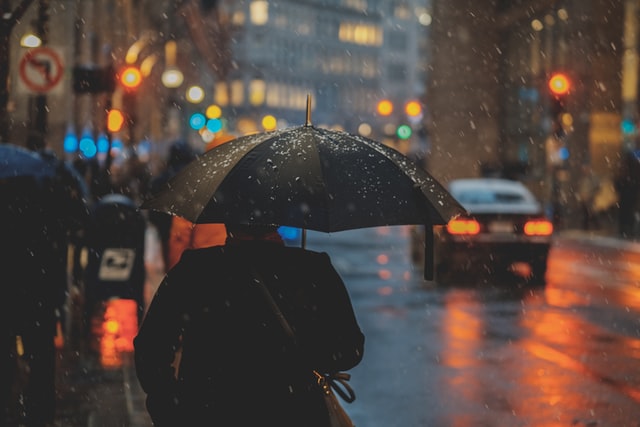 Even though it may take several days to a week to develop, AccuWeather meteorologists predict that a considerable cooling will spread from eastern Canada to the northeastern United States for a few days.

There’s even a chance that sections of the Southeast will get a break from the regular August heat before the middle of the month.

Gradual cooldown in the northeast

As temperatures soared across the Northeast on Thursday, parts of New York and New England had their warmest day of the summer.

Albany, New York, saw its warmest day since July 21, 2011, with temperatures reaching 99 degrees Fahrenheit. Temperatures that flirt with triple digits will progressively drop in the next few days.

Surging moisture and an increase in showers and thunderstorms will assist to lower high temperatures in the short term, while evenings in the Northeast will stay humid.

Even when the downpours subside through early next week, bright intervals will contribute to some warm temperatures.

“After some extremely warm days early in the week, substantial changes in the weather pattern will allow cooler air to surge southward into the Northeast as the week goes,” AccuWeather Long-Range Meteorologist Alex DaSilva said.

A southerly dip in the jet stream will form, allowing colder air from Canada to invade the Northeast.

This jet stream dip will be minor at first, until a significant southerly dive develops late this week and next weekend, allowing gradually colder air to settle into the Northeast, as well as sections of the Midwest and Southeast regions.

The more prominent the jet stream dips, among other things, the further south temperatures will be impacted by the colder Canadian air.

Forecasters at AccuWeather anticipate the dip will be significant enough to deliver cooler air to most of the Northeast as well as areas southward.

Temperatures in the interior Northeast might be 6-12 degrees lower than this weekend from next Wednesday to Friday, according to DaSilva.

Early in the week, high temperatures will be in the 80s over the interior, but by the end of the week, they may only be in the 70s.

By the end of next week, humidity levels should be significantly lower over the entire Northeast. Even parts of the Southeast, particularly northern Georgia, the Carolinas, and southern Virginia, might get a reprieve from the usual August humidity by next weekend.

Temperatures may drop a few degrees at night compared to this weekend, even fewer clouds throughout the day maintain maximum temperatures stable or slightly higher.

The Pittsburgh Zoo & PPG Aquarium is also closed Saturday for storm cleaning, and Munhall was one of the hardest impacted locations, with officials reporting that roughly 30 homes had water damage.

In terms of temps and weekend plans, highs today will be in the mid-80s, with morning lows approaching 70.

It appears like most of today will be dry, but any rain that does fall will contain pockets of heavy rain.

Over the following week, I expect highs in the mid to low 80s. I also keep a rain and storm possibility on each day, but clearly some days have a far greater risk of rain than others.

Related articles: Flash Floods Due to Heavy Rain Kill 57 People in Pakistan; Dozens of Death Reported in Afghanistan and India

© 2022 NatureWorldNews.com All rights reserved. Do not reproduce without permission.