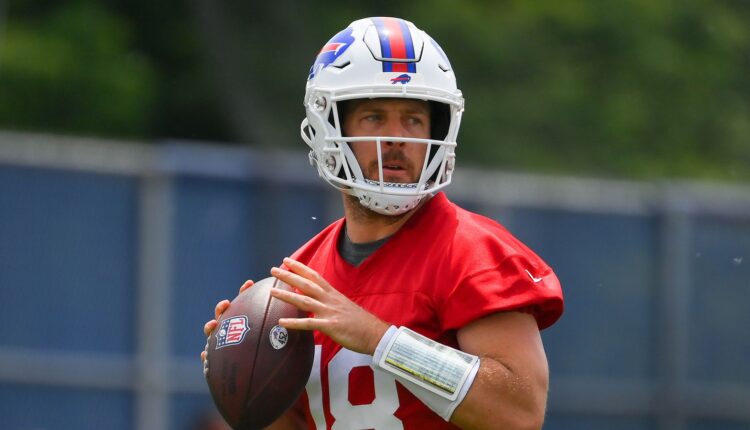 The Buffalo Bills open their 2022 NFL preseason slate at 4:00 p.m. Eastern on Saturday afternoon, when the Indianapolis Colts come to Highmark Stadium.

The Bills have won their last eight preseason games, spanning a stretch of nearly 1,450 days. The last time Buffalo dropped a preseason game was a 28-16 setback to Andy Dalton and the Cincinnati Bengals on Aug. 26, 2018 in a Week 3 preseason game.

For the second straight preseason opener, Pro Bowl quarterback Josh Allen will not see any action for the Bills, who will most likely roll with a combination of Case Keenum and Matt Barkley at quarterback in the first game of the preseason.

Head coach Sean McDermott said the playing time for the rest of Buffalo’s starters will be determined on a case-by-case basis.

On the other sideline, former Bills QB and current Colts head coach Frank Reich has already said his starting quarterback, Matt Ryan, and some of their starters will play “maybe a quarterback, maybe a little less.”

Here’s everything you need to know about in order to watch and/or listen to the preseason opener.

Channels: The game will be broadcast nationwide on the NFL Network, and will also be carried on WIVB (CBS) in Buffalo, WROC (CBS) in Rochester, WSYR (ABC) in Syracuse, WPNY (My Network TV) in Utica, WETM (NBC ) in Elmira, WXXA (FOX) in Albany, WWTI (ABC) in Watertown, WIVT (ABC) in Binghamton), and WJET (ABC) in Erie, Pa.

Streaming: FuboTV and the Buffalo Bills app (especially helpful for those with DIRECTV)

Don’t forget to subscribe and turn on notifications for the Buffalo Rumblings YouTube channel to get great shows like The Overreaction Podcast, Code of Conduct, Hump Day Hotline, Off Tackle with John Fina, Food for Thought, Time 2 Shine, and The Chop up!

Editor’s note: If you’re viewing this in Apple News, you’ll need to head to your podcast app or phone’s web browser to hear the embedded audio file.