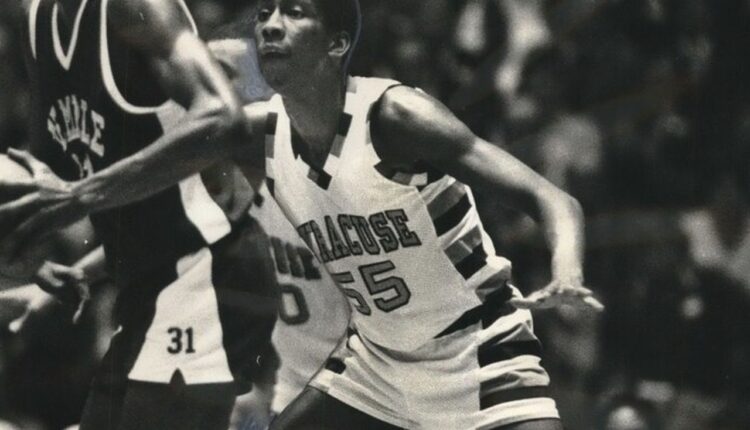 During my junior year as a student athlete (soccer) at Syracuse University in the early days of September 1976, there was a meeting place for some soccer and basketball players to socialize between classes in a building called the HBC (Huntington Beard Crouse) at the university meet quad It was here that I first met Louis Orr, a freshman on the Orangemen basketball team. I used to live at Skytop and Lou used to stop by. We jumped in my new car and drove to Nedrow, Fayetteville, and other places in the community, listening to music and talking about life, family, etc. These were special times. He always told me I “took him under my wing” even though he was a foot taller than me. Its wings were longer.

Fast forward to late spring 1998 and the first induction ceremony of Syracuse’s Urban Sports Hall of Fame. We chose a guest speaker. I went to Manley Fieldhouse and there was Lou coaching Jason Hart and rebounding his jump shots. We met for a few minutes and I asked him if he would be interested in being our guest speaker. He didn’t even hesitate to say yes, didn’t even hesitate to pray about it. The Lou I knew prayed about everything. That meant a lot, a tribute to a relationship that began 22 years ago. He was such a person, even after 22 years a loyal and true friend.