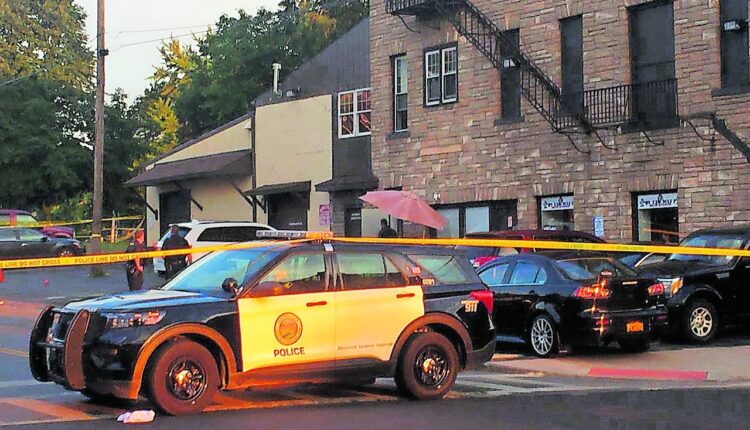 Joseph Moran is the president of the Syracuse Police Benevolent Association.

I write in response to the opinion letter of Joe Porter, “Syracuse police could have broken up party that ended in fatal shooting of soldier,” (Aug. 2, 2022). As president of the Syracuse Police Benevolent Association, I must point out some problems with the letter’s assumptions and accusations.

First, there is no disagreement that the death of Malik Shariff Shipman was tragic. His was another unnecessary and senseless death that is of course a grievous loss to his family, but is also one to our community. We, too, mourn Shipman’s death.

However, there are some important facts to bear in mind: according to the most recent city of Syracuse COMPSTAT (computerized statistics) report, as of Aug. 4, 2022, violent crime (including homicide, rape, robbery and aggravated assault) is up 6% compared to this time last year. That is on top of violent crime increases in both 2020 and 2021. Furthermore, nearly every other crime category has increased significantly as well, including burglary (up 45%), larceny (up 11%) and stolen vehicle (up 27%).

Policing requires a systematic approach. Calls for service are categorized based on severity and urgency and then triaged for response. Our members are required to respond first to Priority 1 calls. These calls include violent crimes that are in progress, as well as emergency-related calls. The recent significant increases in violent crime means more resources and personnel are necessarily devoted to the highest priority calls. Our members are obligated to thoroughly process and investigate these calls, which is a labor-intensive and time-consuming endeavor. As a result, our members are often simply unable to respond to priority 2 and 3 calls (eg noise complaints, loitering, juvenile complaints, etc.) in a timely fashion. On the evening of July 4, when Shipman was killed, our members responded to over 150 calls for service between 4 pm and midnight.

This leads to the central problem, which is a lack of adequate police staffing. Like police departments across the nation, the Syracuse Police Department is severely understaffed. The city of Syracuse is budgeted for 423 police officers; however, the department currently employs only 379 police officers, 23 of whom are still undergoing basic training in the academy. This means our department is operating every day with a shortage of 67 officers, which amounts to 16% of the budgeted number. Moreover, the budgeted number of officers is significantly lower than in the past; there was a time when the number of officers exceeded 500. In recent years, recruitment and retention have become problematic. The number of individuals who have signed up to take the Onondaga County Civil Service police officer exam has decreased dramatically. Our most recent complement of incoming recruits numbered only four.

The law enforcement profession has been under attack and the climate is very negative. Police work is malignant by many. Public scrutiny and attitudes have become hostile. It is dangerous work that has become more dangerous and, too often, thankless. It is no wonder that recruitment and retention numbers have sunk so low.

Another challenge is the impact of bail reform. Bail reform measures have affected more than defendants who are financially incapable of posting bail for crimes they have been charged with. As enacted in New York, it has negatively affected the community where those alleged crimes have occurred. Prior to the implementation of bail reform, our members had the legal authority to lodge (take to jail) subjects for low-level offenses where there was a “likelihood of reoccurrence.” If a perpetrator had repeatedly committed offenses, our members had the right to take the subject to jail. Now, by law, the police can only issue appearance tickets for lowe level offenses, which often does not deter the behavior by the offender.

In practice, then, our members repeatedly respond to the same location, regarding the same recurring complaint, due to the legal inability to effectively enforce the law. This is a deleterious and unfortunate consequence of the recent bail reform measures.

Porter’s letter accuses our department of being uninterested in enforcing the law, abandoning our duty and lacking the fortitude to do our jobs protecting the public. That does not accurately describe any police department or individual officer I know. The men and women who are sworn to protect the residents of our city do so with commitment, effort and dedication. We do the best job we can with the resources we are provided.

Shipman’s death was grievous and tragic, but to blame the Syracuse Police Department for it being unjustified and misdirected.