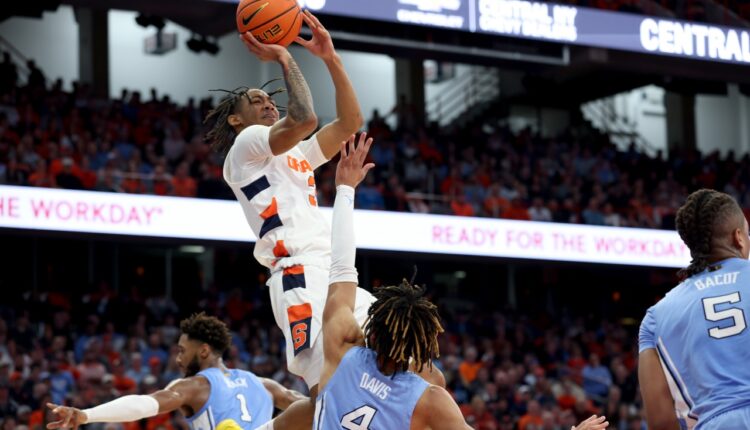 For the second time in three games, Syracuse held a late lead, only to see it slip away and lose at home to North Carolina, 72-68.

Playing at 1:23, Joe Girard’s three-pointer gave Syracuse a 68-66 lead. Pete Nance would regain the lead for the Tar Heels 69-68, scoring his own missed free throw with 19 seconds remaining. SU freshman Judah Mintz has been called out on a next possession charge. Mintz also received a flagrant foul. Caleb Love made three free throws in the last 12 seconds, sealing the win for UNC.

Pete Nance and Armando Bacot combined for 39 points for the Tar Heels.

SU returns to action Saturday at Virginia Tech. There will be a 7:00 p.m. tip from Blacksburg, VA and you can watch the game on the ACC Network.