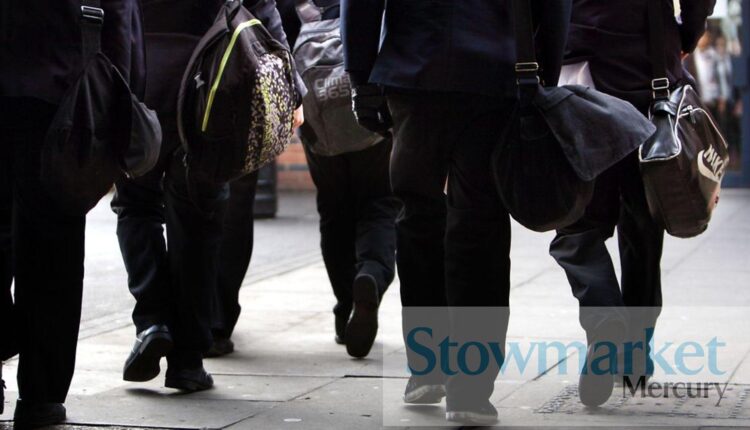 More than 80 students under the age of four were suspended from school in Suffolk, as the region is revealed to have the second highest primary school exclusion and suspension rate in England.

For the sixth year in a row, Suffolk’s primary school suspension rates have been ranked in the top three of the country.

There were 82 permanent exclusions and 4,966 suspensions made across the 2021-22 academic year for primary, secondary and special schools.

Multiple reasons were given for excluding or suspending pupils, including 53 cases of verbal and physical abuse to students or staff, 43 examples of persistent disruption, 12 instances relating to drugs and alcohol and six involving an offensive weapon.

Of the 82 permanent exclusions made, 38 were children with special educational needs (SEN).

Within the 4,966 suspensions given, 2,448 have SEN and 2,220 are eligible for free school meals – these figures are not mutually exclusive.

Almost half of the students suspended have been issued with more than one suspension during their education.

The data also revealed that female students are three times as likely to be permanently excluded from school, with 21 female and 61 male exclusions.

There were also 85 suspensions given to students under the age of four – a figure which rose to 1,038 when extending the age bracket to under tens.

Split by location, though it should be noted that the number of students varies by district, East Suffolk had the highest figure for permanent exclusions with 34 and Babergh held the lowest at 6.

For suspensions, Ipswich held the highest number with 1,207 throughout the year and Babergh once again was lowest with 409.

Jack Abbott, former Labor education spokesman at Suffolk County Council, said: “We need to see a reversal of the cuts to early years, far greater early intervention support, programs dedicated to inclusion and fostering positive relationships between families and schools and real scrutiny and accountability where it is clear there is a problem with exclusions.”

It should be noted that during the spring term of the 2020-21 academic year, restrictions meant that only key workers and vulnerable children were attending school in person, with others being educated remotely.

gov. Hochul says New York cops have seized twice as many guns this year than 2021