Suffolk Richter sides with subdivision in battle with Riverhead Town 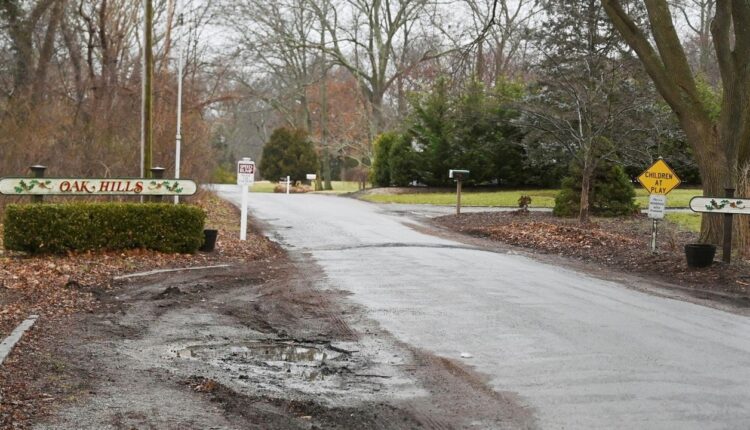 A Suffolk judge has ruled in favor of residents of a private subdivision in Riverhead who have been embroiled in a longstanding dispute with Riverhead Town’s Highway Department over who should maintain their roads.

Suffolk County Superior Court Judge David T. Reilly ruled Jan. 6 in favor of the Oak Hills Association, a civic association representing subdivision residents. The association sued the city’s Highway Department and the city in 2016 after both sides reached an impasse with the association’s claim that the city was responsible for maintaining the roads of the 85-home, 12-street community of Oak Hills .

The ruling essentially states that the Department of Transportation must provide services to the roads of the community, which all public roads receive under the New York State Roads Act.

While in previous years the department had tended the roads as a courtesy during the winter, in 2014 former Highway Superintendent George Woodson, after consulting the city’s attorney, wrote to Oak Hills residents informing them that the city would no longer plow those roads. After complaints from residents, the city passed legislation in 2015 allowing highway crews to maintain certain Oak Hills roads in the event of emergencies.

However, the law did not require the department to perform other road maintenance work there, such as paving, installing drainage, or other improvements. The company then filed a lawsuit.

“(New York State) Highway Law Section 140 makes a city’s highway superintendent responsible for the overall maintenance of the city’s roads,” Reilly’s ruling reads. “Accordingly OHA [Oak Hills Association] has shown that defendants are responsible for all aspects of maintaining OHA roads. This includes the maintenance of all drainage structures in OHA lanes.”

David Antwork, the Merrick-based attorney representing the citizens’ group, told Newsday on January 11 that his clients were “very pleased” with the decision.

“They made the right decision and that’s what we’ve said in this six-and-a-half-year battle with three separate trials,” Antwork said. “We said, based on city government findings in 2014 and 2015, that our 12 streets were public highways under the New York State Public Streets Act and should be treated as such.”

Riverhead Highway Department officials did not immediately respond to requests for comment.

Riverhead Supervisor Yvette Aguiar told Newsday on Jan. 11 that the city will discuss the matter in a closed executive meeting with the prosecutor on Thursday after their working session, and they may consider appealing the decision.

Jean-Paul Salamanca covers the East End. It focuses on Riverhead, Southold and Greenport on the North Fork and Hampton Bays, Westhampton Beach, Flanders, Riverside and Quogue on the South Fork.