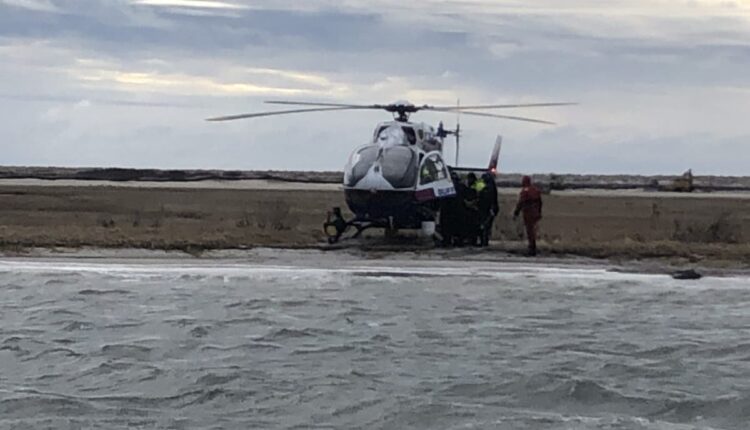 MASTIC BEACH, NY — A hunter whose kayak had capsized was rescued from the frigid waters of Narrow Bay in Mastic Beach on Sunday morning, Suffolk Police said.

The 34-year-old man, who was not wearing a life jacket, had been hunting aboard a kayak when the boat capsized and he fell into the water when a Good Samaritan saw him and called 911 around 8:45 a.m. to police.

Officer Jensen jumped into the water from the helicopter and helped Shakalis to nearby Pattersquash Island, police said, adding that Officer Federico and members of the Center Moriches Fire Brigade helped Jensen get the man ashore and Carey began seeking medical assistance afford to.

He was taken by helicopter to Stony Brook University Hospital for treatment for hypothermia, police said.