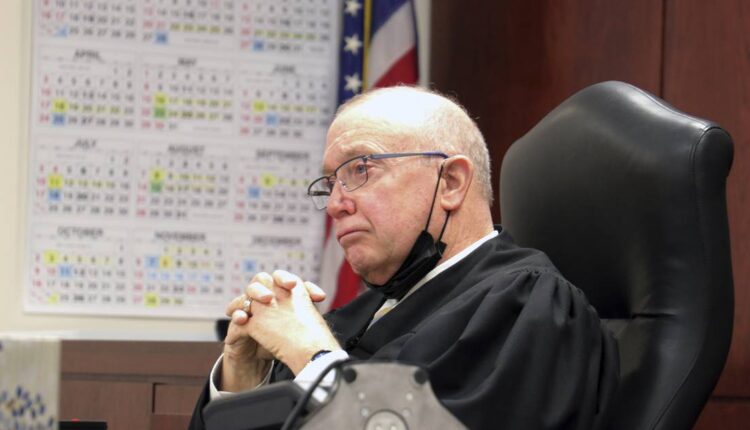 ALBANY — New York voters have just one week to change their party affiliation ahead of the Aug. 23 primary.

Steuben County Supreme Court Justice Patrick McAllister, who oversaw the state’s muddled redistricting process, closed a loophole Thursday that would have allowed New Yorkers to switch parties up until the day of the congressional and state Senate contests.

McAllister ruled that any party change request received on or after Aug. 12 will not go into effect until Aug. 30, seven days after the primary.

The ruling is meant to “prevent persons not in sympathy with a party from changing parties for the sole purpose of ‘raiding’ or influencing another party’s primary election,” McAllister wrote in his decision.

New York holds closed primaries, meaning a voter must be registered with a party in order to cast a ballot in a primary election.

McAllister earlier this year split up the state’s primaries after maps drawn up by the Democrat-led Legislature during the once-a-decade redistricting process were deemed unconstitutional by the Court of Appeals.

That led to primaries for statewide offices such as governor as well as Assembly races being held in June and congressional and State Senate primaries being pushed back to August to allow time for new maps to be crafted by an outside expert.

The state Board of Elections penned a letter to McAllister on Wednesday asking him to institute a pause on changing parties ahead of the primary, Gothamist first reported.

Typically, there is a “blackout period” in which voters can’t switch parties ahead of a primary “to avoid persons of one party attempting to manipulate the primary election of another party,” McAllister wrote.

The initial May decision to delay some of the state’s primaries did not address the issue, so prior to McAllister’s ruling, Thursday voters could have switched affiliation when going to the polls on Aug. 23.

Now, voters have until next Friday, a day before early voting starts, to choose which party’s primaries they want to cast a ballot in on Aug. 23.