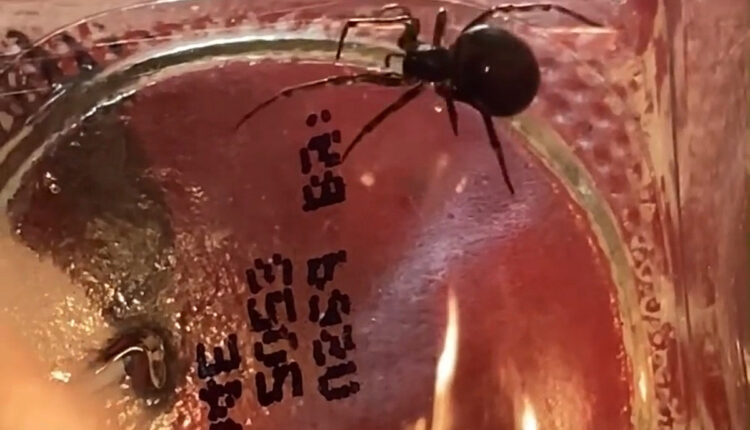 Here’s a small reason why you might need to start checking your paper grocery bags when you get home.

New Yorkers are using paper bags more and more than ever before, and sometimes they might be carrying more than just groceries. A Hudson Valley resident noticed a small hitchhiker in one of her bags.

Imagine opening your grocery bag and finding a small but familiar looking spider hiding inside. A Windham, New York resident posted a video on social media that drew a lot of attention.

At first glance, the spider has a body shape resembling a black widow. It’s not uncommon for spiders to hide in grocery stores. The spider was removed from the pouch and placed in a glass jar.

Is this spider dangerous?

According to some comments on Facebook, the arachnid in the photo belongs to a species of spider called Steatoda. They are actually nicknamed the “False Widow” because they look almost identical to the black widow spiders.

According to the Natural History Museum website, despite their creepy appearance, they are not deadly. There are reportedly fewer than 20 recorded bites. However, these spiders are capable of delivering a venomous bite. The poison is not very strong for humans. The bite is said to feel similar to a wasp sting and the pain is said to subside within 24 hours.

How common are they? I have bad news for people with arachnophobia. These spiders are pretty common. They can often be found outside in gardens and have been known to hide inside houses during the colder months.