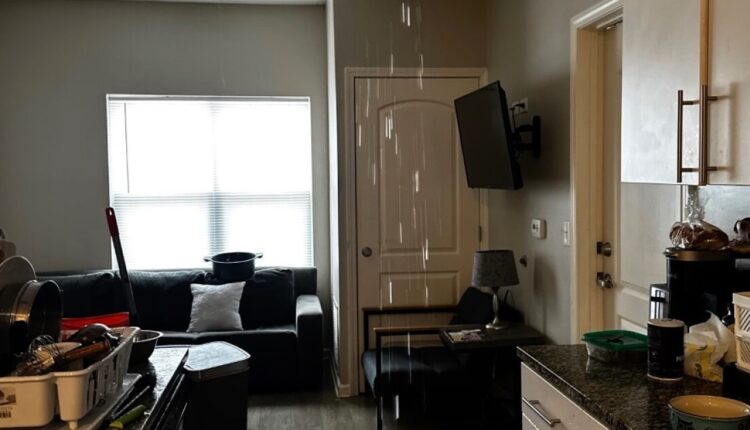 BUFFALO, NY (WKBW) — SUNY students from Buffalo State who live in the Monarch 716 off-campus complex are outraged by the extensive damage to their building.

Flooded hallway in one of the Monarch 716 condominiums.

Days after the blizzard subsided, a sprinkler head went off in one of the units, shooting water through the building and damaging corridors and into their apartments.

“This is the 11th day that I cannot safely live in my home,” said Farida Hosaini, a Buffalo State college student.

Residents shared videos showing water flowing through the hallways and apartments in one of the Monarch 716 buildings on Forest Avenue near the Buffalo State campus. 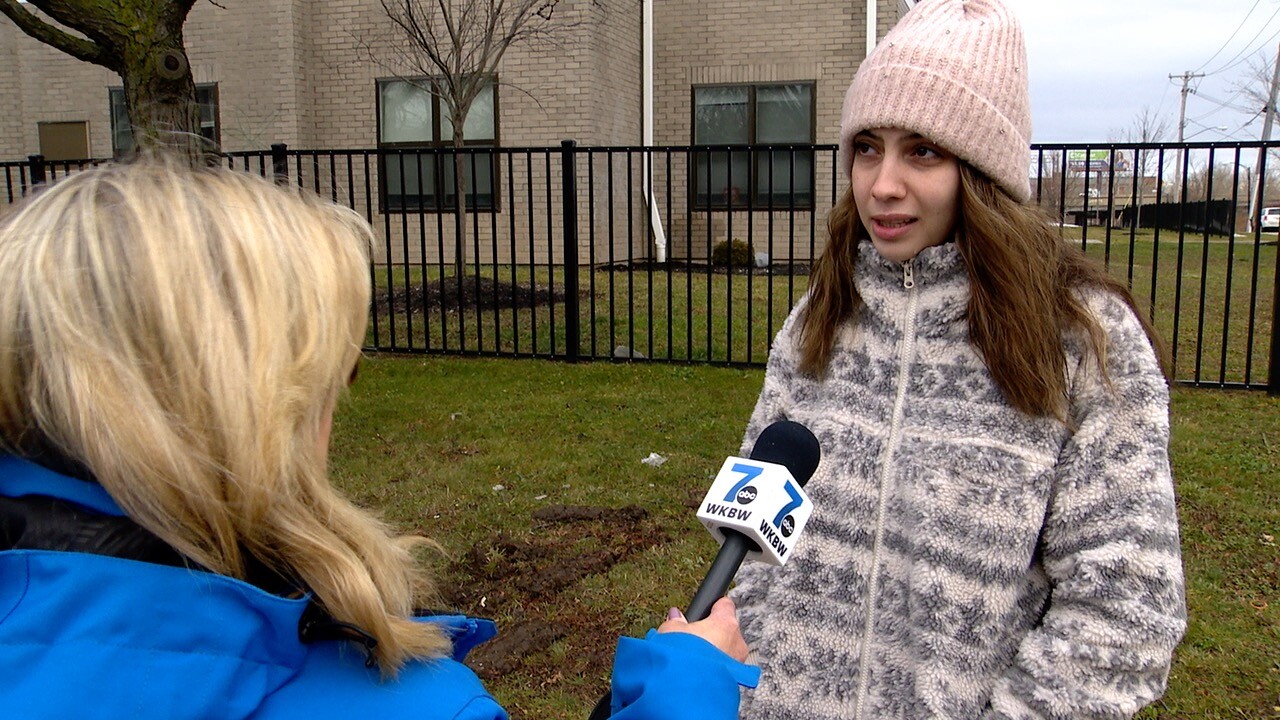 “And it damaged the entire building. It was like a flood of water. They just went in and squirted water and it flowed into all the apartments as well,” Hosaini described.

Hosaini, a graduate student, and her roommate, who declined to be named, tell me there was no help from the Monarch administration. 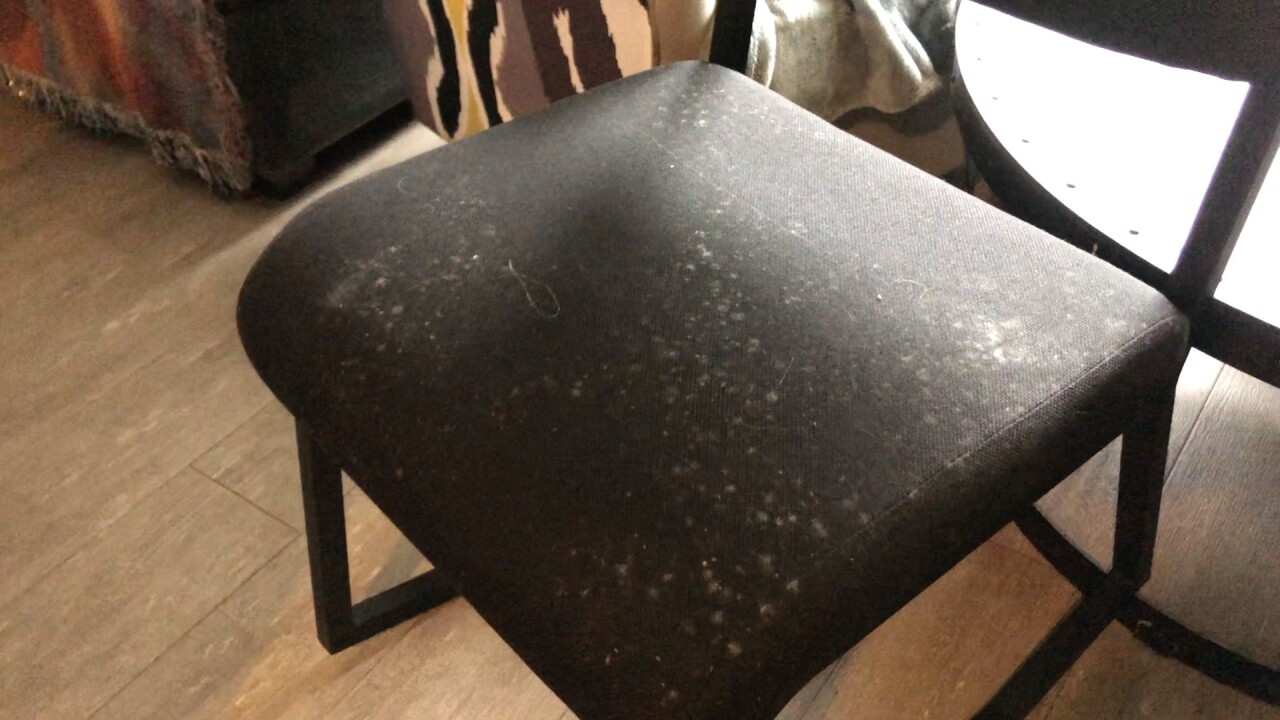 Mold on chair in apartment due to water damage.

“I was hoping that our matter would be a bit more urgent since some of the students aren’t even from town and we’re students who pay rent monthly just to be here,” the roommate noted.

Monarch is privately held as 100 Forest, LLC and is located on Long Island. 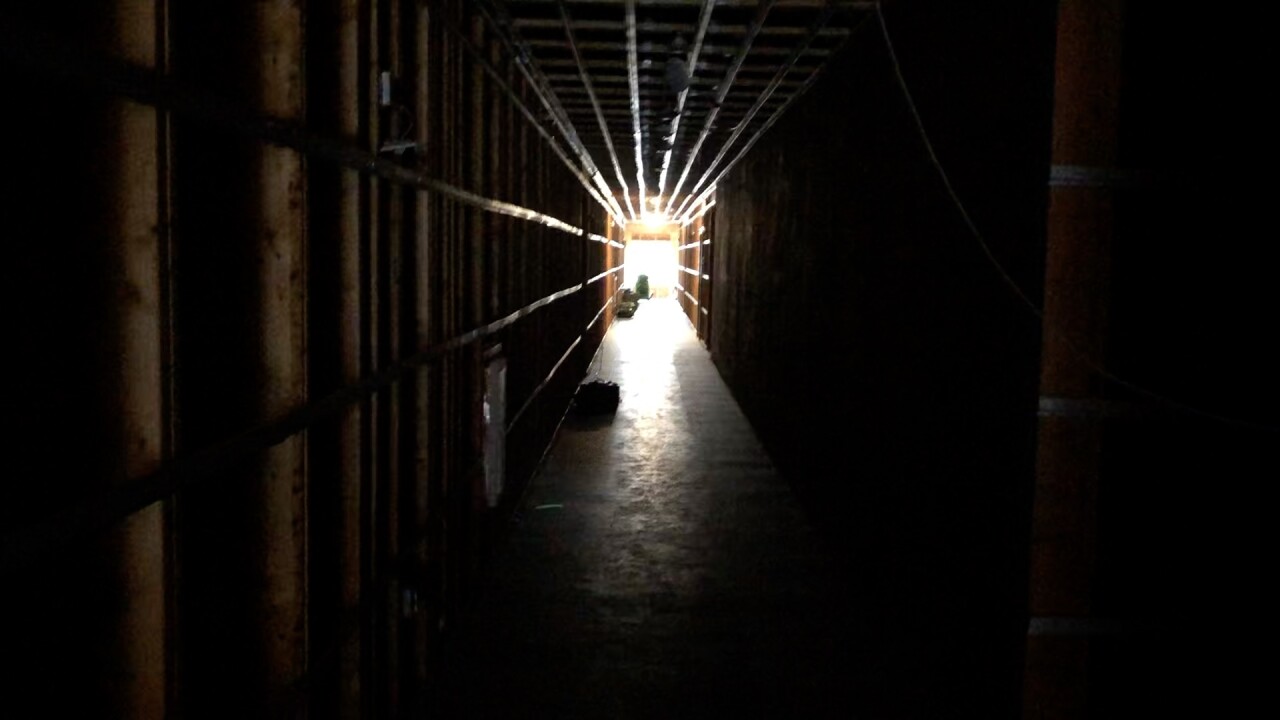 Burnt out hallway of an apartment complex at Monarch 716.

Construction crews have already demolished all of the drywall in the halls and major repairs are underway.

Nearly two large dumpsters outside the building were almost full of rubble.

I went into the building with the residents who wanted to show me the situation. 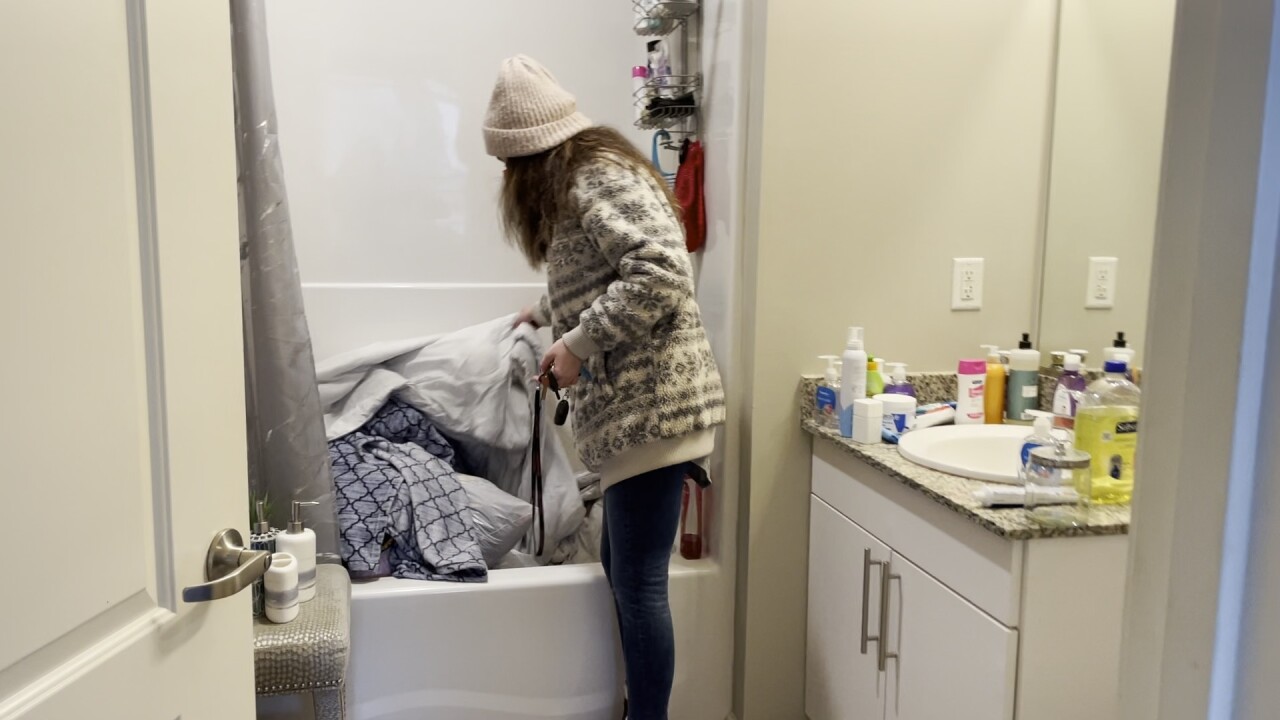 Water damage in the apartment.

It smelled of drywall dust and mold. And many of their items are damaged.

Hosaini pointed to her water-damaged mattress.

“All that dirty water that came off the ceiling — look what it did — you see, this whole line goes all the way around — it’s yellow,” Hosaini explained.

@buffalostate students renting off-campus accommodation from Monarch716 to assess water damage at their apartment complex. They say housing management hasn’t helped them and that the building is currently undergoing a major refurbishment. @WKBW pic.twitter.com/HMWmBVK04R

“It’s not safe to live here,” the roommate noted. “At this point, how frustrated and disgusted are you with the response you received?” Buckley asked. “Absolutely disgusted and horrible about the whole situation,” the roommate replied. 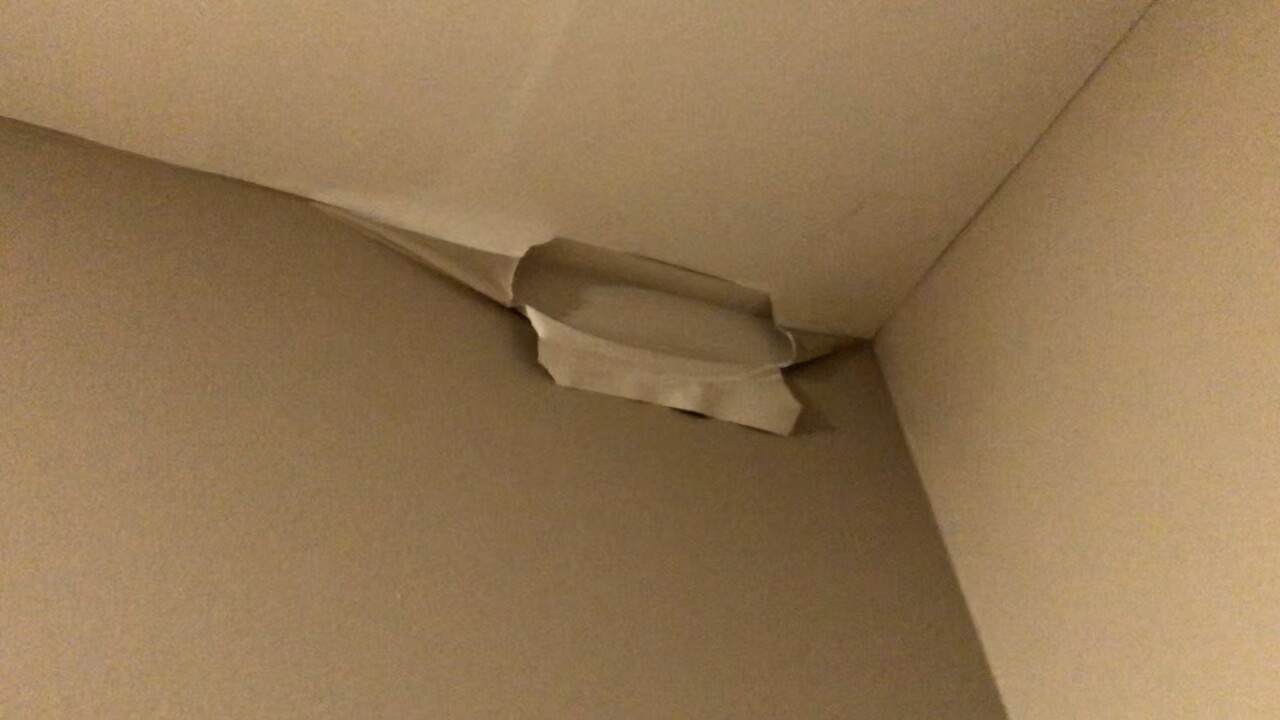 Damage inside the building.

I followed the residents to an onsite office but a woman at the front desk told us the property manager was ill and the landlord said he was unable to help.

The meeting with the residents could take place next Monday or Tuesday. 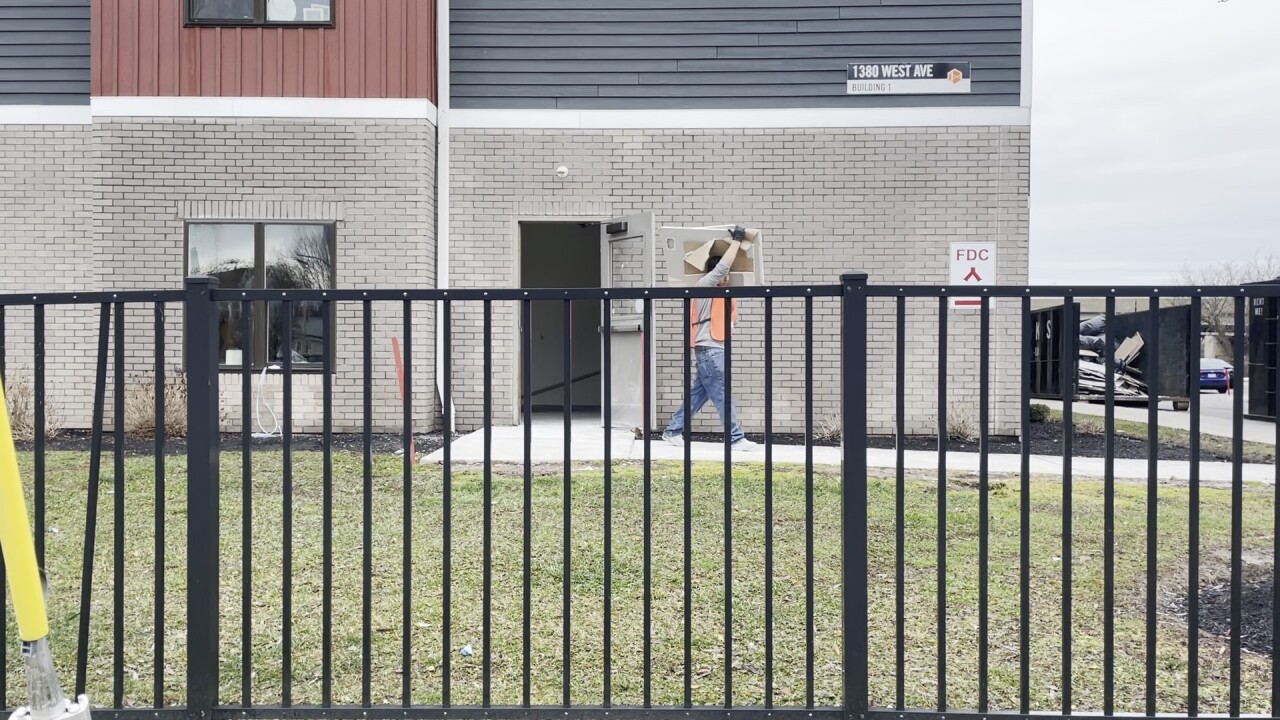 “Management says nothing. They don’t say much other than – inspectors come in – they put in fans. We fixed the outlet in your unit — that’s it — they don’t do anything,” Hosaini noted. “They say they won’t be held liable for anything.”

I also called Monarch but have not received an answer yet. 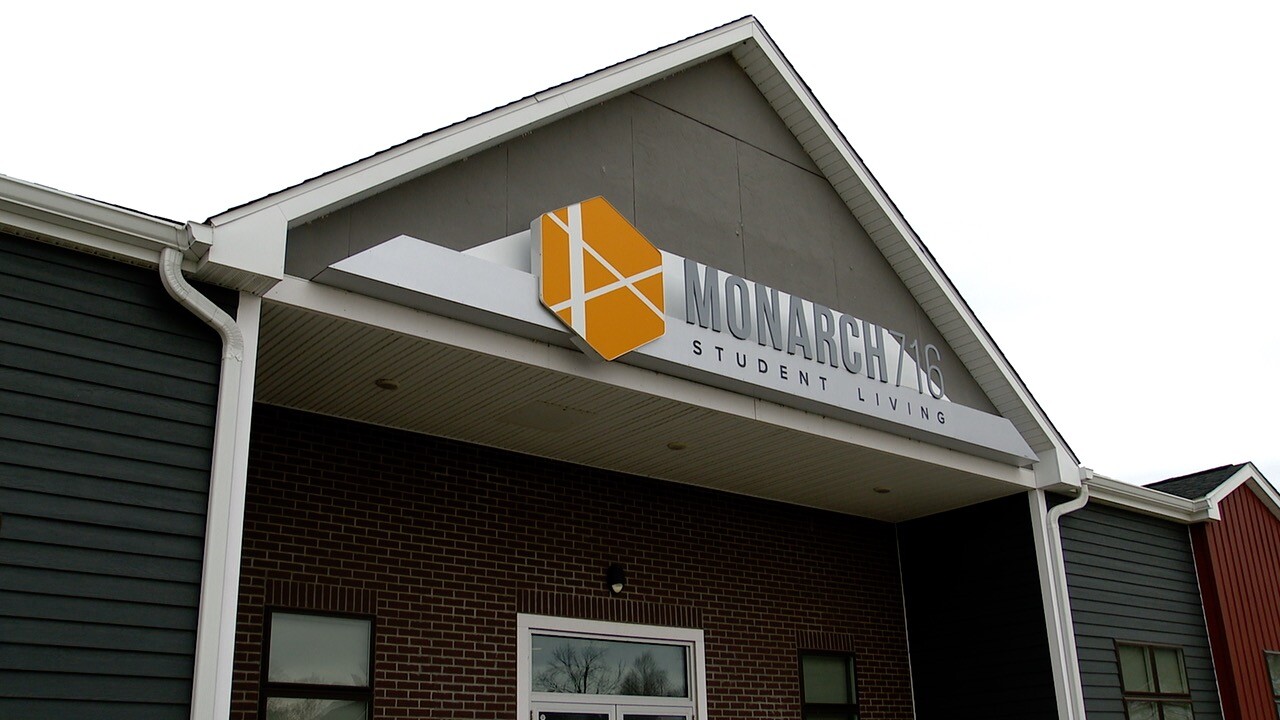 This isn’t the first controversy surrounding this condominium. In 2021, the New York Attorney General found that “Monarch 716” “persuaded” students to sign leases and demand rent while being denied access to the apartments.

Buffalo State issued the following statement saying they are working with students affected by the damage:

“We are working with affected students. Many have applied for emergency assistance and are working with the Dean of Studies’ office to provide advocacy and support services and provide on-campus housing when needed.