Our view | A lump of coal from Congress 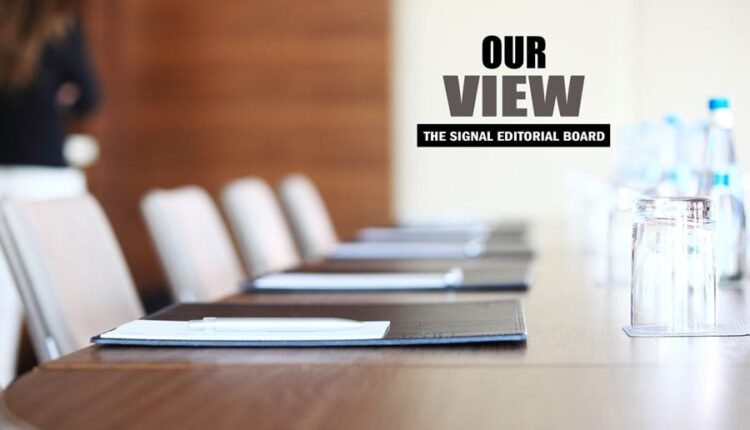 Yes, it’s the newly enacted Omnibus Spending Act, passed last week just before Christmas when those who were there in the capital were looking to leave town to head home for the holidays. Many members voted by proxy and did not even turn up to vote. They voted from home and didn’t read the bill. This bill passed so quickly that no one who voted for it read the entire bill, let alone debated it.

And it’s stuffed with pork and ear tags.

This is not a single household bill written to fill a need. Instead, this is a package of 35 separate budget bills that were published and not passed over the course of the last year, stapled together at the last minute before a government shutdown, and voted quickly because a certain member of Congress liked part of one of the 35 bills.

It’s chock full of environmental and climate initiatives, but the law had to be flown to the Virgin Islands on a private jet for the president to sign it into law.

Included in that bill for border security is $410 million. The bad news? It is for Jorden, Lebanon, Egypt, Tunisia and Oman. Not a single dollar for our border security.

Since no one in Congress read the bill, we thought you should know a little about what’s in it. Just part of what’s in there, as we’re still trying to figure out what’s in the budget ourselves.

• $3 million for a hip-hop museum in the Bronx.

• US$524 million for the National Institutes of Health to fund an affiliate focused on research into health disparities in minorities.

• $3 million for bee-friendly highways through the Pollinator-Friendly Practices on Roadsides and Highway Rights-of-Way Program.

• $5 million “to study the 7 effects of culverts, roads and bridges on threatened or endangered salmon populations.”

• $7.5 million for research to “develop a better understanding of the phenomenon of domestic radicalization” and “advance evidence-based strategies for effective intervention and prevention.”

• At least $575 million for “family planning/reproductive health…in areas where population growth threatens biodiversity or endangered species,” which critics believe is not just promoting abortion, but an attempt to prevent it reduce population growth.

• $200 million for a gender equality fund and equality programs in…Pakistan.

• $2.5 million for an educational program in a foreign country to teach citizens how to wear shoes. • More than $2 million to fund a “building infrastructure upgrade” at the National Great Blacks In Wax Museum Inc. in Baltimore.

• $750,000 for “Transitional Housing and Services for LGBT and Gender Nonconformists” in Albany, New York.

• $1.5 million for LOFT, or The Lesbian and Gay Community Services Center Inc. in New York.

• $750,000 to acquire a building to construct the Brooklyn Center for Social Justice, Entrepreneurship and the Arts and $1 million for Zora’s House in Columbus, Ohio, which bills itself as “a non-profit coworking and community space created by and for women and Gender” describes expansive people of color.”

It goes on and on.

This bill was brokered by two retired senators. They will never be re-elected or face the consequences of passing a nearly $2 trillion budget bill when we have a $31 trillion deficit. Some of these markers may be useful and necessary, but can we afford them now?

Senator Richard Shelby, R-Alabama, is a member of the very powerful Appropriations Committee and one of the senators who brokered the bill. He’s retiring, but not before he’s budgeted $666 million for Alabama.

Before the last presidential election, we were promised a “return to normal”.

“The Unexpected Turn of Events: Inside Elisa Stephanik as a Trump Defender”