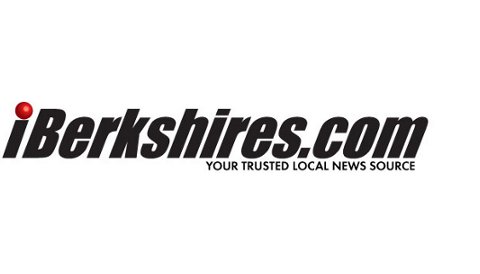 The department is conducting a study on the benefits, costs, and investments needed to create a passenger rail service from North Adams to Greenfield and Boston.

NORTH ADAMS, Mass. — The Northern Tier Passenger Rail Study will be released in less than a year and residents are supportive of a line that goes from North Adams to Boston.

The feedback given during a virtual public hearing for the study on Wednesday was largely positive.

“I’m very pleased with the way things are going with this and especially the timeline,” State Rep. for the 1st Berkshire District John Barrett said. “It seems to be right on target and I do believe that this rail will be an important part of the economy and future growth along the northern tier.”

Clarksburg Town Administrator Carl McKinney thanked the Massachusetts Department of Transportation (MassDOT) for its hard work and diligence on the process and suggested that connections are extended to Albany, New York, and possibly Burlington, Vermont.

“I think that there’s an opportunity to make this really good,” he said.

The department is conducting a study on the benefits, costs, and investments needed to create a passenger rail service from North Adams to Greenfield and Boston. It aims to increase transportation access across the state for economic development, promote equity, and minimize public health and environmental effects of transportation.

The northern tier was divided into three sections for the analysis: the west segment that includes northern Berkshire and Franklin Counties, the central segment that represents northern Worchester County and some of Middlesex County, and an east segment that runs from Littleton to Boston.

MassDOT is currently in the process of gathering public input and assessing the current conditions of the rail and the market for it. Potential service plans, alternatives, and a cost evaluation will be developed in the winter of 2023 with a final report released by the spring of 2023.

Based on pre-COVID population and employment forecasts, there are around 1.75 million people in the corridor and a vast majority are located in the east section. In the west section, there is a higher percentage of people over the age of 65.

The eastern segment holds about 89 percent of the jobs, with 8 percent in the central section and 3 percent in the west. The western segment showed strengths in several sectors including natural resources and energy, manufacturing, retail trade, information, education, healthcare, and government.

When looking at travel patterns, it was found that 29 percent of the state’s travel is within the northern tier. 84 percent of trips that began in the west stayed there and 92 percent of households in the segment have access to a vehicle.

The market analysis concluded that there is a lack of intercity travel options west of Fitchburg, that trips leaving are more likely to communities outside of the Route 2 corridor, and that population and employment declines are expected to decrease travel from Worcester County westward.

The study also looked into possible issues and opportunities with the rail service, one being CSX’s acquisition of Pan Am railways this year and any changes that may go along with that. It was also found that operating passenger service on a rail that has been maintained for freight may limit the quantity of the service or raise the price.

Fortunately, it was revealed that there is discussion of a new Western Mass Passenger Rail Authority, which could help promote the development of the Northern Tier Passenger Rail.

Senator Joanne Comerford, who represents the Hampshire, Franklin, and Worcester districts, reported that the Senate authorized language for a commission whose charge is to create a rail authority and legislation will be filed next session. Included in that is a bond earmark for $250 million for a regional rail.

“There’s a great deal of promise and work embodied in that,” she said.

Mass Moca, The Clark Institute, and Berkshire East Mountain resort were identified as attractions in the Northern Berkshires.

“These all by themselves wouldn’t sustain a train but they may sustain a train service throughout the weekend,” he said. “So to make sure that those kinds of special events and seasonal things were in your queue for your models.”

One attendee brought up concerns with the Berkshire Flyer, a service from Pittsfield to New York City that launched last week.

“I do want to point out that the Berkshire Flyer was conceived by some people who didn’t seem to mind that Berkshire residents couldn’t as a practical matter use the service,” he said.

“The service is configured only for New York Metropolitan Region people to come up to Pittsfield and to the Berkshires and go back on Sunday afternoon. As a practical matter, people who live here have been left out and I see huge things in the way of getting that service expanded so it can be what I call a two-way street.”