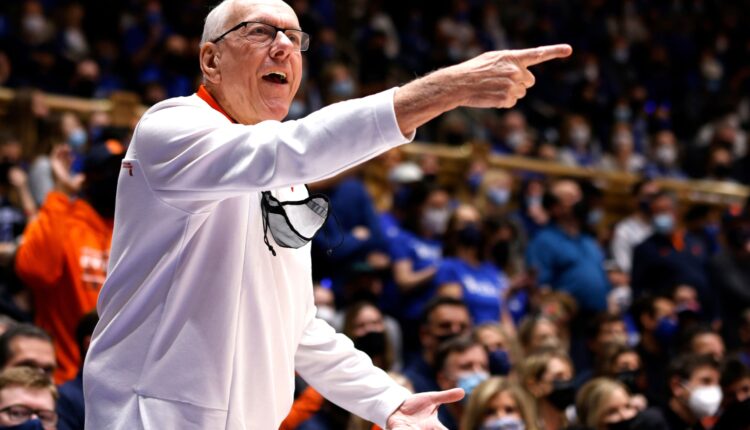 For my money, Syracuse basketball priority recruiting target Elmarko Jackson has been playing like a five-star prospect throughout the spring and summer months in grassroots basketball and at other prestigious events, such as the recently held NBPA Top 100 camp in Orlando, Fla.

Most of the primary recruiting services presently rank the 6-foot-4 Jackson as a four-star point guard and a top-100 player in the rising-senior class. Some recruiting websites have him inside the top-75 nationally.

But after his most recent performances on the AAU circuit amid an NCAA live period, I wholeheartedly believe that Jackson is worthy of five stars and a top-25 overall rating.

To be fair, I’m not a national recruiting analyst or a scout. However, I’ve followed Elmarko Jackson closely ever since the Orange offered a scholarship to him in April.

The volume of positive comments from recruiting experts and scouts regarding Jackson’s play in recent months is massive. We recently noted that 247Sports national basketball director Eric Bossi believes this ‘Cuse recruit could make a push for the top 50 within the 2023 class.

In a recent article from 247Sports national analyst Travis Branham, Elmarko Jackson said that some of the suitors prioritizing him are Syracuse basketball, Miami, Maryland, Kansas State, Notre Dame, Michigan and Nebraska.

Jackson told Branham that as it pertains to his recruiting-process timeline, he plans to cut his list to about seven contenders at summer’s end, take official visits in the fall, and make a commitment announcement before his senior-year season commences.

I’ve said this a bunch lately. It would prove huge for the Orange’s chances here if Jackson ends up taking an official visit to the Hill.

He will spend his senior year at the South Kent School in South Kent, Conn., and Jackson runs with the Delaware-based WE R1 in the Under Armor Association league.

Last weekend amid a live period, the Under Armor Association league held a round of games in Cartersville, Ga. At that stop, Jackson was easily one of the best all-around performers, and he drew huge crowds of coaches to watch him play, according to media reports.

In his recent interview with 247Sports, Elmarko Jackson said regarding Syracuse basketball, “Coach [Jim] Boeheim has been at a lot of my games and then his assistant coach has been at a couple of my games here and we have been talking frequently.”