No. 16 Hurricanes Basketball vs. Syracuse 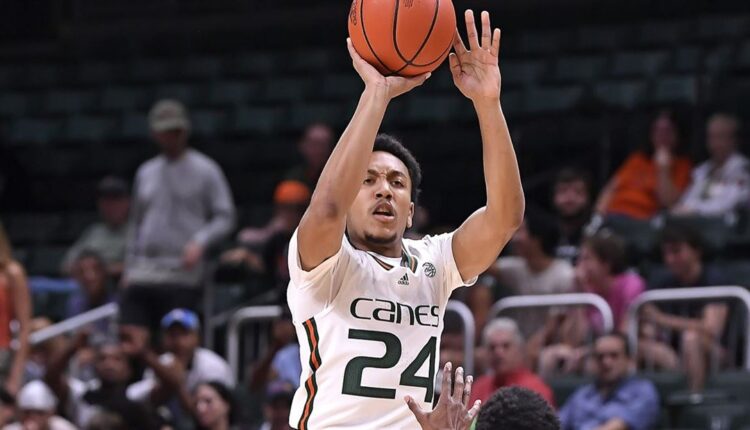 Watch live updates and discuss Monday’s (7:00 p.m. ACCN) game between the No. 16 Miami Hurricanes and the Syracuse Orange at the Watsco Center.

KENPOM score prediction: Miami 80-72, Miami has a 76% chance of winning

Syracuse: PG Joseph Girard III leads the Orange in scoring (16.7) and the ACC in 3-points (53). Girard was held to seven points in Saturday’s 2-of-9 shooting in the win over Notre Dame after eclipsing the 20-point mark in three of his previous four. Girard is 1-3 against the Hurricanes, averaging 19.8 points per game.

Miami: PG Nijel Pack is Miami’s top 3-point shooter as a career 41 percent shooter, but its numbers are down a bit at 35.6 percent so far. He will likely have a number of opportunities to connect from afar against the Orange and their 2-3 zone, which has allowed conference teams to score 37.1 percent for 13th-best in the league.

“We have to do our part”