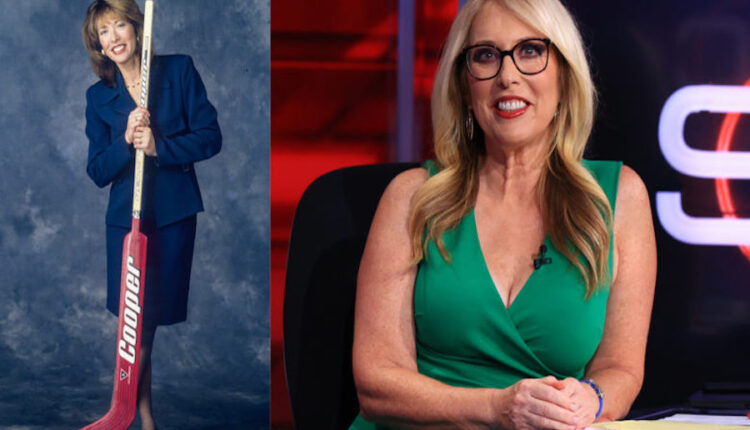 Linda Cohn has spent three decades delivering sports news as a host for ESPN, and she isn’t slowing down any time soon.

The Newfield High School alumna — ESPN’s longest-tenured “SportsCenter” anchor — recently signed a new multi-year deal to remain with the network as an anchor for “SportsCenter” and a contributor to ESPN’s coverage of the NHL.

“Hosting ‘SportsCenter’ is huge — it never gets old for me,” Cohn said. “It’s what the viewers connect me with the most, and that’s a good thing. Every time I talk to a fan, a viewer, through social media, or I run into them at the grocery store, or when I’m out walking my dog, Babs, they always say it’s comforting to see me still doing ‘SportsCenter. ‘”

Cohn, who grew up in Coram, said she would frequently watch sports on TV with her father and at age 15, her mother signed her up for a hockey league where she played with boys who were eight or nine years old.

Cohn proved to be a talented ice hockey goaltender and eventually earned a spot on the high school’s boys hockey team.

While attending SUNY Oswego, she played goalie for the women’s ice hockey team.

After graduating in 1981 with a bachelor’s degree in arts and communications, she went on to work for the Patchogue-based radio station WALK-AM for four years.

In 1987, Cohn shattered the sportscasting glass ceiling by becoming the first full-time US female sports anchor on a national radio network when she was hired by ABC.

In addition to anchoring the late night edition of “SportsCenter” from ESPN’s LA-based studios, she also hosts the ESPN+ hockey program “In the Crease” and co-hosts the podcast of the same name.

She reports on the NHL with news and features for “SportsCenter” and other ESPN platforms, as well as serves as a reporter on game telecasts.

Through her newly extended contract, she will continue to fill these roles.

“Her diligence and creativity have helped ‘SportsCenter’ become a destination and an iconic brand for sports fans, and our viewers continue to be the lucky recipients of her expertise, passion for sports and outstanding work, both on “SportsCenter” and our NHL coverage ,” said Norby Williamson, ESPN Executive Editor & Head of Event & Studio Production. “We’re very happy that she’s going to continue delivering for years to come.”

Cohn has reached major network milestones, such as filming her 5,000th episode on 2016, which is the most of any anchor in ESPN history.

The following year, she was inducted into the National Sports Media Association (NSMA) Hall of Fame.

She said she recognizes how her accomplishments inspire other women pursuing careers in sports media.

“I’ve heard this from so many women in the business, now that I’m at my 30-year anniversary, that if it wasn’t for me as youngsters, seeing that a woman could be hosting ‘SportsCenter,’ they never would have thought they could do something like that,” she said. “That’s very special to me.”