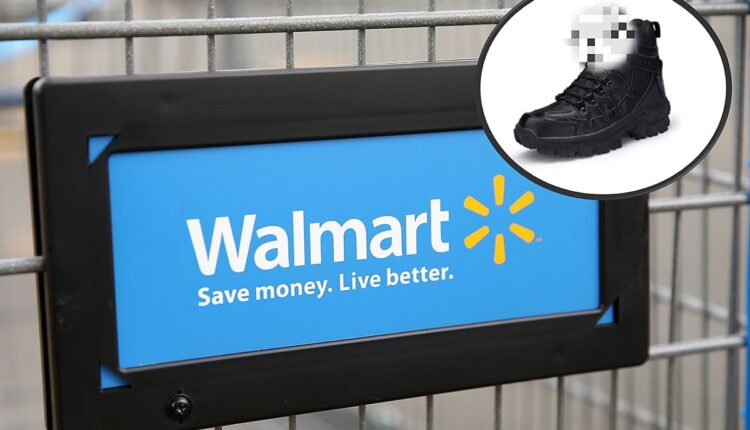 Walmart is being criticized for a brand of boots they sold on their online marketplace.

The well-deserved backlash has prompted the retailer to remove the product from its website and now they are trying to contact the product’s manufacturer to find out how that happened.

Walmart tries to explain boots with inappropriate insignia on the tongue

An ABC News 10 story in Albany, New York explained why shoppers in Upstate New York and around the world will no longer see a particular pair of boots on Walmart’s online marketplace.

The boots were made by a company called Harsuny, a third-party company that was allowed to sell their items through Walmart’s massive online infrastructure. The company offers shoe options for both men and women, but it was this particular pair of boots that caught the eye of several groups, including the Council on American-Islamic Relations.

After the initial concerns were raised, Walmart acted quickly and removed the product from its website, although other Harsuny products are still available. Walmart released a statement on the matter, saying they were trying to contact the manufacturer to find out how it all happened.

Luckily for Walmart and its shoppers in Upstate New York and across the country, the shoes were reportedly never sold in a brick-and-mortar store. They were strictly an online option, so you don’t have to see them on a shelf near you.

Having third party companies sell their products through your online marketplace is a financially savvy business model, but one that comes with a lot of risk. Walmart is a massive company, and the more options you add to your online store, the more control is required to monitor each product listed.

That’s where this whole problem started, and it makes me curious: What else is available on the Walmart website that even they don’t know about?

However, at the moment this awful and disgusting product has seen its final days on Walmart’s website and that is a very good thing.

The Albany-Schenectady-Troy area had 2022 people with curious minds and these were the 25 most searched topics on the Google search engine.

2022 has been anything but ordinary for New York’s sports teams, and these ten stories have left fans shocked, amazed and even a little disappointed throughout the year.