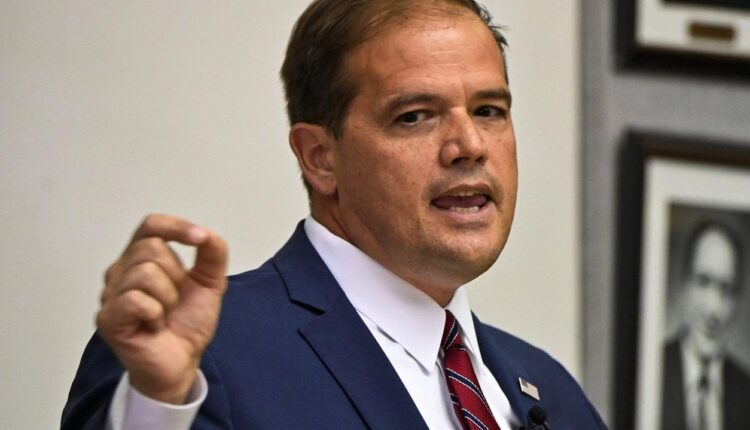 Four teenagers who tried to rob a pot dealer in October 2021 have been charged with the murder of a friend of the man after the botched home invasion was fatal, Suffolk Borough Attorneys said on Friday.

Jonray Perez, now 17, of Babylon, Kayla Alvarenga, 20, of Deer Park, Jashawn Strickland, 17, of Bay Shore, and Jillian Kolsch, 20, of Smithtown, have all been charged with second-degree murder for their involvement in the shooting of Louis Lombardo, 28, of Dix Hills, according to court records.

“These defendants allegedly conspired to commit a violent armed robbery, needlessly taking the life of a resident of the home,” District Attorney Ray Tierney said in a statement. “Now they must answer for this senseless killing.”

Prosecutors said the plan on the evening of October 27, 2021 was for Strickland and another person, who prosecutors have not identified, to set up a marijuana deal at a home in Huntington Station, where Alvarenga and Perez would then rob the Dealer of his marijuana and money. According to the public prosecutor, Kolsch was the planned getaway driver.

When Alvarenga and Perez arrived and found the garage locked, they demanded it be opened and threatened violence, prosecutors said. One of the two then fired a shot through the closed door and hit Lombardo, prosecutors said.

The evidence investigators used to make an arrest includes CCTV footage from inside and outside the garage.

According to court documents, they each pleaded not guilty and were remanded in custody without bail. They are expected in court on January 25.

If Perez, who was 15 at the time of the murder, is convicted of the main charge of second-degree murder, he faces 9 years to life imprisonment as a juvenile offender. Strickland, who was 16 years old, stands to live with Kolsch and Alvarenga 25 years ago.

The case is being prosecuted by Assistant District Attorney Eric Aboulafia of the Homicide Division.

The victim’s family could not immediately be reached for comment.