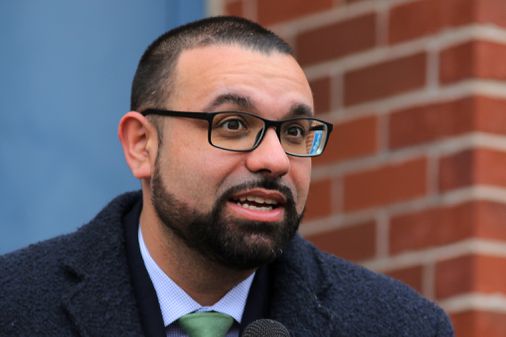 Get Weekend Reads from Ideas

A weekly newsletter from the Boston Globe Ideas section, forged at the intersection of ‘what if’ and ‘why not.’

That was also the case that Arroyo made acutely mindful of “crimmigration,” which refers to the convergence of criminal charges with immigration law and procedure. If elected Suffolk DA, Arroyo would create the first crimmigration unit at the office, tasked with informing and educating prosecutors about the major collateral consequences of some criminal charges and convictions can have on Massachusetts immigrants who are not US citizens.

It seems extraordinary and welcome to focus on the complex ways criminal law collides with immigration law. “I’m not aware of another district attorney that has a unit like this,” Phil Torrey, director of the Harvard Law School Crimmigration Clinic, said in an interview. (Torrey said he is supporting Arroyo over interim district attorney Kevin Hayden in the DA race.)

The insidious part of crimmigration is that it squanders “one of the law’s most valuable tools: time,” Juliet Stump, law professor at Lewis & Clark Law School, wrote in a legal research paper. Crimmigration “wastes the potential for time to usefully evaluate a noncitizen’s connection to the community, the advisability of expulsion, and the potential for inclusion.”

Arroyo, who told me that he “won’t be afraid to incarcerate people,” also noted that justice for him is not limited to justice for only the victim, if there’s a victim, “but it’s justice for the community as a whole. ” When the focus is to harm or punish a defendant via a harsh sentence, the data say “you’ve made them more likely to commit further crimes and be more harmful to communities,” Arroyo noted.

His awareness of crimmigration as a reform issue is partially why Arroyo earned a rare national endorsement on Monday from Mijente, a national progressive Latinx political organization. It is the first time Mijente has endorsed in a Mass. race.

“Latinxs make up nearly a quarter of Suffolk County — it’s about time they have a district attorney that fights for them,” Mijente’s political director, Tania Unzueta, said in a press release.

Mijente will do some fundraising for Arroyo’s campaign. “But our bread and butter in these races is mobilizing voters on the ground, especially those who have been overlooked or require a bilingual approach,” said Arianna Genis, director of local partnerships at Mijente.

Arroyo would continue pushing the progressive reform agenda that former Suffolk DA Rachael Rollins started, such as the no-prosecution list. Arroyo has first-hand knowledge of Rollins’s transformative platform. “Ricardo is one of the people that was instrumental in helping me draft a lot of my policies,” Rollins said in 2019 when she endorsed Arroyo in his city council race.

But one of the issues with Rollins’s reforms is that “most of them are now gone,” according to Arroyo, who is committing to staying in the office “as long as it takes to create cultural change.”

The race between Arroyo and Hayden centers on Rachel Rollins’s legacy — her highly controversial challenge to the business-as-usual criminal justice playbook. And Arroyo’s focus on criminal migration prosecutions, and putting resources behind the effort, suggests the potential of even more reform to come. Arroyo, who would be the first Latino to occupy the DA’s office if he wins, is better positioned to continue pushing the progressive reform agenda that Rollins started.