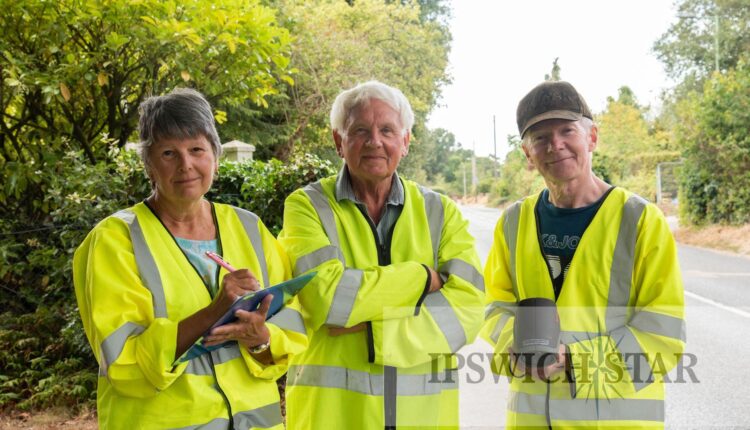 A meeting will be held to discuss traffic calming measures in eastern Ipswich after a resolution of no confidence from the parish council was issued to Suffolk County Council.

A mini roundabout and road cushions were installed on Playford Road after a report revealed that speeding was a serious issue on the residential road.

While the mini roundabout has proved effective, parish councillors say, the road cushions are making the problem worse.

This has led to talks to take place on Tuesday, with Suffolk County Council “committed to responding” to issues.

Parish councilor James Wright explained: “The road cushions only cover the vehicle width, and not the entire road. As a result of that, the vehicles are traveling as though they are on a set of tramlines.

“They can now drive virtually at normal speed, and in fact many of them are driving in excess of mph.”

Suffolk County Council has said it is aware of the issues raised by Rushmere St Andrew Parish Council and is looking to review the measures in place.

Speedwatch volunteer Mike Carbutts said he had twice caught vehicles traveling in excess of 60 mph along Playford Road, which has a 30 mph limit.
-Credit: Charlotte Bond

In the 30 minutes this newspaper stood with Speedwatch volunteers on Monday, two vehicles were driving in excess of 40 mph, while volunteer Mike Carbutts said he had observed traffic traveling as nearly as 60 mph.

Risks were posed to cyclists and pedestrians, Cllr Wright explained, with cars taking up unusual road positions to straddle the bumps, and then pulling back into position at high speed.

He said there had been at least two accidents involving cyclists, with one man forced off his bike and another hitting the back of a car pulling in, which did not stop.

Cllr Wright said that workers had returned to the site, once to repair the bumps which were falling apart, and again to raise their height which fell below the required 65mm, although there are concerns that some are still too low.

The parish council has now passed an unanimous vote of resolution of no confidence in the county council.

Cllr Wright said: “The feeling on the parish council is that we would be better off without these speed cushions, as they are not working. We need something else.”

June Wright said that more than once, vehicles have stopped to ask what they speed limit actually was.
-Credit: Charlotte Bond

A Suffolk County Council spokesperson said: “We are aware of the issues raised by Rushmere St Andrew Parish Council and are committed to responding to them.

Vehicles are able to straddle the speed bumps without slowing down.
-Credit: Charlotte Bond

While some traffic calming work has already been implemented, there are a few unresolved issues. We are conducting a speed survey in September to review the effects of the previous work. We will then assess the options and contact those involved.”