Man arrested for threat against Black shoppers in Buffalo 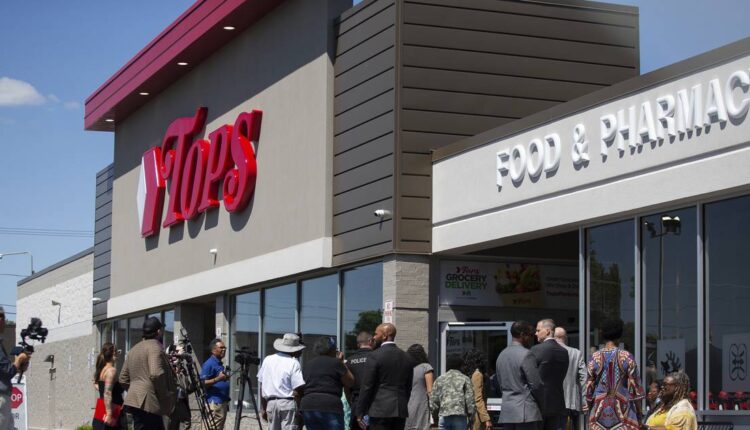 A Washington state man was arrested Thursday after twice phoning a supermarket in Buffalo threatening to shoot Black customers and ranting about a “race war.”

It was at a Tops Friendly Supermarket in Buffalo in May where an alleged white supremacist opened fire in a Black neighborhood, killing ten people and injuring three others in what authorities believe to have been a race-related rampage.

Joey David George, 37, of suburban Seattle., has been charged with making interstate threats, The Seattle Times reports. His threatening calls were allegedly made on Tuesday and Wednesday. He is said to have referenced the Tops shooting in his harassing calls, which were made to a different grocery store in upstate New York

People stand in the parking lot of the Tops Friendly Market on July 14, 2022, in Buffalo, NY (Joshua Bessex/AP)

Prosecutors also accuse George of calling a San Bruno, Calif., restaurant in May where they say he made similar threats against Blacks and Hispanics. He is also believed to have phoned businesses in Maryland, Connecticut and Washington, all in the past year, spewing the same sort of rhetoric.

“George allegedly used racial slurs and threats to shoot customers at the businesses because of his racial hatred,” Western District of Washington prosecutors claimed.

[ Buffalo supermarket, the scene of a May massacre, will reopen Friday ]

Gunman Payton Gendron was taken into custody following the Tops slaughter in Buffalo on May 10. Investigators cited his belief in right-wing ideology, including the idea white people are being replaced by dark-skinned people, as a possible motive in the killings. Cable news provocateurs including Fox News star Tucker Carlson have worked to advance that notion, which is called “Great Replacement Theory.”

The Tops supermarket on Jefferson Ave. in Buffalo reopened on July 15 following a renovation. It serves a minority community known as a “food desert” because grocery stores are in short supply in that area. Some shoppers had mixed reactions about returning to a location that had been the site of such horror, but claimed their options were limited.

A US attorney in Washington acknowledged the pain from which “the Buffalo community is trying to heal” in announcing charges against George.

Exploring Mike Tyson’s Net Worth in 2022