Lynx Captured After Being On Loose In Suffolk County 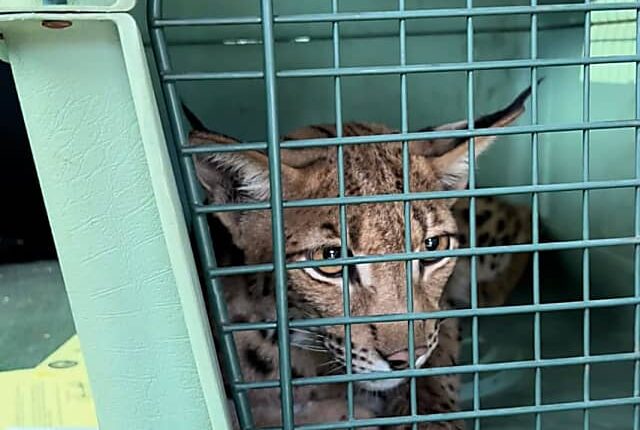 A lynx that was on the run on Long Island has been captured after much hard work and is safe at an area sanctuary.

The wild animal, which is believed to be a Eurasian lynx, had been spotted in numerous locations in the Islip area throughout the week.

According to Frank Florida, of the Strong Island Rescue League, the cat was captured with the use of a heat-seeking drone around 4 am, Friday, July 29 on Hawthrone Avenue in Central Islip.

Once spotted, the cat — officials are not sure yet if the cat is a boy or girl — was tranquilized by an officer from the Suffolk County Police emergency services unit, Florida said

After being captured, the cat was transferred by Florida and workers to the Sweetbriar Nature Center in Smithtown.

The young cat, estimated to be about a year old, is currently resting and will be evaluated and then once a permanent home has been found moved, Florida added.

Currently, Humane Long Island is working to secure a spot at either the Turpentine Creek Wildlife Refuge or the Wildcat Sanctuary, both Global Federation of Animal Sanctuaries, said John Di Leonardo, an anthrozoologist and president of Humane Long Island.

Di Leonardo is also working with state legislators on a bill that will be voted on Friday that would protect big cats like this by prohibiting public ownership and banning cruel cub petting encounters.

“It took a lot of hard work, but we have a happy ending,” Florida said.