Lougazi back to winning ways at Buffalo 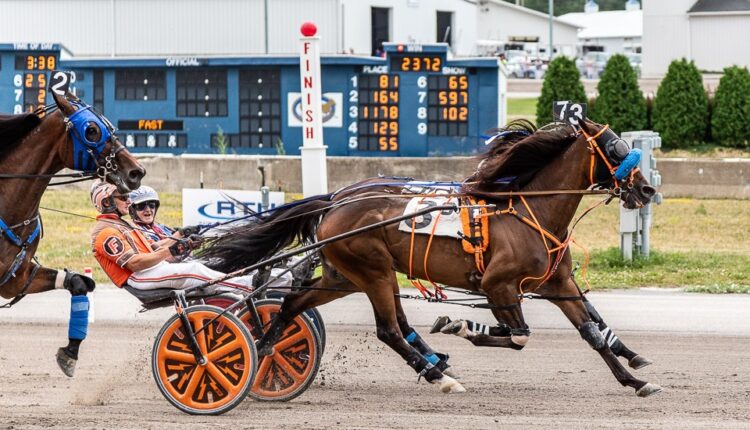 HAMBURG, NY — It’s been a while, 68 days to be exact, but Lougazi (Lou’s LegacyWinning Blade) finally got back to his harness racing winning ways on Friday afternoon (July 8) at Buffalo Raceway by clipping Mugshots Bro by a head in the $16,500 Open Trot.

Lougazi, though winless since April 30, has been earning his keep during the drought by notching four second place finishes and a third. But this time, he wasn’t playing second fiddle to anyone for driver Ray Fisher, Jr.

In the lane, Mugshots Bro was stubborn on the lead, but Lougazi inched past in the shadow of the wire to claim the victory in a seasonal best 1:57.4 over the fast track. Mugshots Bro had to settle for the tough luck second place check while E Street (James McNeight Jr.) rolled in for third.

Owned by Mary Warriner and trained by Ryan Swift, it was the fourth win in 13 attempts this year for the 8-year-old Gelding Lougazi. The victory increased his seasonal earnings to $54,750 and $370,011 in his career. 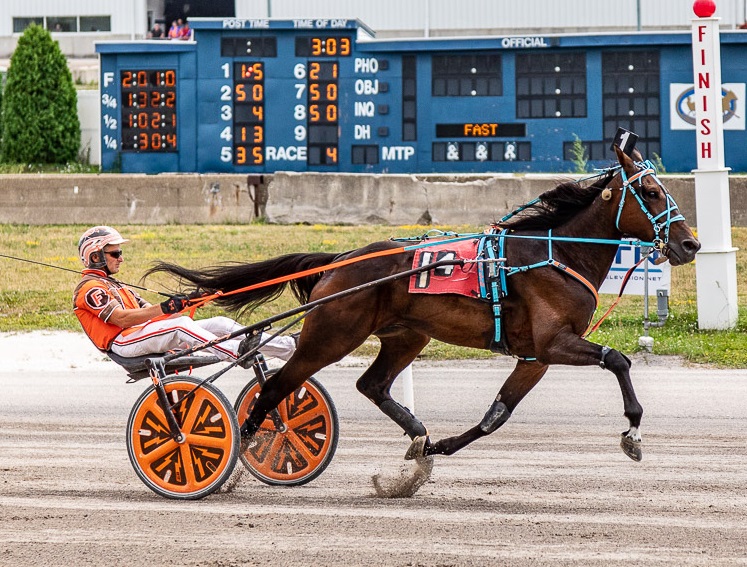 After a bit of a tussle with Photo Bomber for the early stages, Franks Watching steamrolled his way to the lead and put-up soft fractions of :30.4, 1:02.1 and 1:32.3. There were no challengers in the lane allowing Franks Watching to stroll off to the convincing victory.

Owned by Warriner and trained by Swift, it was the third win in 10 attempts for the 5-year-old Gelded Franks Watching (Pilgrim’s Chuckie– Winning Blade). The victory upped his 2022 bankroll to $29,003 and $111,600 lifetime.

Morrill Jr. had a driving triple and there were plenty of doubles to go around on the program as Drew Monti, Kash Jr., David McNeight III and Fisher Jr. all registered two wins each. Trainers Michael Deruntz, Michael Ohol and Swift each had two victories apiece.

Racing returns on Saturday at 1:30 pm. with another 12-race card set.