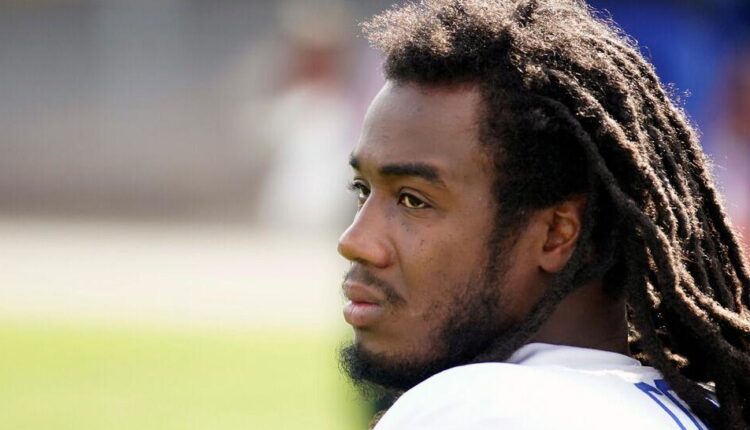 In keeping with sacred tradition, the Buffalo Bills rookies had to perform various songs, dances and poetry readings during training camp. It’s good to appreciate the arts, and sometimes players learn something new about a teammate.

“James Cook sang, which was very, very surprising,” wide receiver Khalil Shakir said. “But he got into it. He had the whole room signing.”

The Buffalo Bills officially ended training camp Thursday, and they took the field at Highmark Stadium for their first preseason game on Saturday against the Indianapolis Colts.

Cook is used to taking on a variety of roles, though typically within the confines of a football field. The Bills drafted the rookie running back to deepen their options both in the run and pass game. It’s early, but Cook feels the jump from college – where he’s coming off a national championship – to the NFL is going well.

“I’m feeling good,” Cook told The Buffalo News. “Just trying to learn as many positions as I can, just to stay on the field and play the way I can play.”

With the Bills resting some starters for their first game of the preseason on Saturday, Cook could see decent playing time against the Indianapolis Colts. Coach Sean McDermott described Cook as “a young player that’s opened some eyes a little bit here in the run and pass game.”

Whenever Von Miller’s playing days in the NFL are done, he shouldn’t have much trouble transitioning to a new career.

“I think the biggest thing for him in that position, being young, is you got to embrace the protection piece of it – what you do when the ball is not in your hands,” McDermott said. “Whether it’s ID’ing protections or whether it’s actually physically blocking, but I know he’s up for the challenge.”

The Bills are still deciding how to best deploy the second-round draft pick. Offensive coordinator Ken Dorsey has taken that approach with a number of players as he tinkers with the offense, and particularly with rookies.

“I think, right now, it’s so early to kind of tell where he’s going to fit in and everything, but I love James,” Dorsey said. “I love his personality. I love … what he brings to the table athletically and physically.”

The approval is reciprocal. Cook has appreciated how Dorsey looks to maximize a player’s potential. For Cook, that should mean creative usage in the passing game, as well.

“He develops you as a player. He puts you in space,” Cook said. “He’s just a great guy to work with because he knows how to win.”

Coach Sean McDermott said decisions on the other starters will be made on an individual basis.

When it comes to the Bills’ running backs, Devin Singletary’s role is set. Third-year back Zack Moss had a solid camp. For the majority of the games last season, the Bills had two running backs active with roles in the offense on game days. The contrast between the style of Singletary, Moss and Cook could have them all involved on game days this year. Singletary will start, and Moss adds a physical layer to group. Cook’s game is more fluid.

“Dynamic, really,” Cook said of his style. “Just get the ball and try to do what I do.”

Cook’s self-reflection is usually to the point. Introverted by nature, he’s maintained the same stolid disposition throughout his time with the Bills.

Nick Hicks has known Cook since the running back was a rising freshman in high school. Hicks is the co-owner and director of performance at PER4ORM Sports and Fitness Training in Davie, Fla. Years ago, Hicks was working with a few other players from Cook’s high school team, and a youth coach connected the two.

Hicks has seen Cook grow over the years, but his personality hasn’t changed drastically.

Bills quarterback Josh Allen has a strategy for signing autographs, and he does not stray from it.

“James has always been quiet,” Hicks said. “Quiet, quiet, quiet. I’d say the first part of James and (my) relationship, he did not speak much. He would usually just listen.”

In observing, Cook soaked in plenty. He applied what he saw and heard to fit his own game.

Then, when he got to college, Cook saw what the roster looked like, and what other teammates specialized in. There, at the University of Georgia, the need to differentiate really crystalized. He embraced his opportunities as a pass catcher.

“James is catching the corners, he’s catching the seams, the streaks, the digs,” Hicks said. “He can run any route in the book, which is I think is a testament to him just working on his craft, knowing that this is what it’s going to take for (him) to get to the next level.”

In his junior season, just eight games due to Covid-19, Cook had 303 yards on 45 carries, good for second-leading rusher on the team. He added 225 receiving yards on 16 catches.

Buffalo has won eight preseason games dating to a 28-16 loss to the Cincinnati Bengals in Week 3 on Aug. 26, 2018, in the “Andy Dalton Appreciation” game.

Then in his senior campaign, Cook had 728 rushing yards and seven touchdowns on 113 carries, along with 284 receiving yards on 27 catches.

“I think he’s got some of the best hands I’ve seen out of any football player I’ve ever trained,” Hicks said.

Hicks has worked with a number of NFL running backs, and he thinks Cook and Singletary complement each other well. Cook stands out for the way he uses his hands and for his routes.

“Him being able to take a toss to the right, or even an inside zone up the middle, or a trap up the middle, and then also run all the way out to the sideline and run a streak or go route, right by somebody , catch the ball over the shoulder in the back of the end zone – that’s just an incredible skill set that he has,” Hicks said. “I don’t know anyone else that has that skill set.”

With training camp over, the rest of the Bills offense has had more time to see that skill set in action. Again, his versatility shines and gives some hints as to how the Bills could use him.

New England Patriots quarterback Mac Jones appears to be getting some motivation from the 47-17 drubbing by the Buffalo Bills in last season’s AFC playoffs.

“To see him out of the backfield, too, catching the ball, I think he’s got a little something to him,” quarterback Case Keenum said. “And I’m excited to be able to show what he can do.”

“He looks smooth,” wide receiver Stefon Diggs added. “He’s a real smooth running back, and hopefully he can add to this offense every drive.”

Quarterback Josh Allen has already gotten a feel for some of Cook’s tendencies.

“He’s quick, he’s physical, he’s got some twitch to him,” Allen said. “I think, as a rookie, he’s extremely smart, football wise, too. He understands the game. He understands when he’s breaking into a route to throttle down a little bit and give me a good body language.”

Cook has the benefit of more time as well, even if the belief in the rookie is already there.

“He’s here for a reason,” Allen said. “So, whether or not that role right away is big or small, once he grows into it, he’s going to be a huge asset for us.”

Watch: How Nursing Homes Put Friends and Families on the Hook for Residents’ Debts