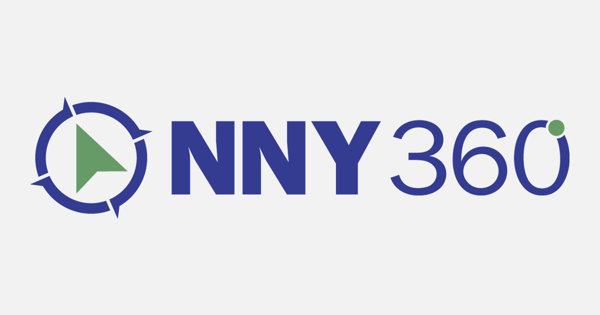 July 22, 2012: Ogdensburg to slow city manager search. Not so almost. That’s what several City Council members are saying about the proposed timeline to interview and hire a new city manager. The council’s plan now calls for the five most qualified candidates to be brought before the council. However, that conflicts with some council members’ wishes. The council feels a sense of urgency to hire someone. City of Watertown officials fired City Manager Mary M. Corriveau the same day that Ogdensburg parted ways with their former city manager, Arthur J. Sciorra for willful misconduct, negligence and incompetence.

July 22, 1997: Watertown’s historic Paddock Arcade is about to have new owners who have plans to revitalize the oldest covered mall in America. A purchase offer of $150,000 from John P. and Roxanne M. Burns for the Arcade has been accepted by Carthage Federal Savings and Loan. Mr. Burns is the son of former mayor and long-time councilman Karl P. Burns, who along with his wife Rosemary, own buildings on each side of the Arcade. Mr. Burns said the first goal is to obtain some new tenants including someone who will reopen the coffee shop that was closed after decades of operation.

July 22, 1972: Camp Drum is the location of a State Police investigation for the theft of two cars Friday. According to police, one vehicle was stolen between 2 and 6 pm (a blue Volkswagen sedan with Pennsylvania license plates), and a second vehicle between 10:10 pm and 10:40 pm (a 1972 Chevrolet station-wagon).

July 22, 1947: John Gunther, author of “Inside USA” states that utility companies are the source of opposition to the St. Lawrence seaway project. “On the face of it,” Gunther writes, “nothing more sensitive than opening the St. Lawrence could be imagined. It could make Chicago the greatest port in the world with direct access to the deep sea.” Other formal opposition includes railways and southern port interests such as New Orleans, La. represents.

July 22, 1922: A transformer in a manhole in Arcade street in front of The Times building from which The Times obtains power to operate its press, burned out about 4:30 Thursday afternoon, causing delay in delivering of the papers to subscribers in Watertown . All routes were delivered, however. The Northern New York Utilities, Inc., installed a new transformer.

July 22, 1897: Ohio’s state geologist visited Pulaski for the purpose of investigating the gas supply in this section of the state. Edward Orton of Columbus, Ohio examined the gas wells at Baldwinsville and Pulaski, where he complimented the management of the Pulaski gas field as the best controlled wells than anywhere else in NY state. “There they get the full benefit of every foot of gas which comes out of the well, with none going to waste.” Using single wells until they are exhausted is the key to the Pulaski success in his reporting. Prof. Orton also stated that the great rock pressure present in Baldwinsville, at over 1200 pounds to the square inch, is unheard of in other gas districts. This condition puzzles the expert to the point of defying explanation.

July 22, 1872: JR McGraw’s Indian Cough Remedy from Ogdensburg is a sure cure for bleeding of the lungs, coughing and raising. Procured from roots found in the state of Kansas, druggist McGraw has priced this medicine at $1 per bottle and suggests a duration of two months of use for the maximum effect to get the user’s lungs as sound as ever.

1099: First Crusade: Godfrey of Bouillon is elected the first Defender of the Holy Sepulchre of The Kingdom of Jerusalem.

1209: Massacre at Béziers: The first major military action of the Albigensian Crusade.

1298: Wars of Scottish Independence: Battle of Falkirk: King Edward I of England and his longbowmen defeat William Wallace and his Scottish schiltrons outside the town of Falkirk.

1342: St. Mary Magdalene’s flood is the worst such event on record for central Europe.[1]

1456: Ottoman wars in Europe: Siege of Belgrade: John Hunyadi, Regent of the Kingdom of Hungary, defeats Mehmet II of the Ottoman Empire.

1499: Battle of Dornach: The Swiss decisively defeat the army of Maximilian I, Holy Roman Emperor.

1587: Roanoke Colony: A second group of English settlers arrives on Roanoke Island off North Carolina to re-establish the deserted colony.

1594: The Dutch city of Groningen defended by the Spanish and defeated by a Dutch and English army under Maurice of Orange, capitulates.[2]

1686: Albany, New York is formally chartered as a municipality by Governor Thomas Dongan.

1706: The Acts of Union 1707 are agreed upon by commissioners from the Kingdom of England and the Kingdom of Scotland, which, when passed by each country’s Parliament, led to the creation of the Kingdom of Great Britain.

1796: Surveyors of the Connecticut Land Company name an area in Ohio “Cleveland” after Gen. Moses Cleaveland, the superintendent of the surveying party.

1797: Battle of Santa Cruz de Tenerife: Battle between Spanish and British naval forces during the French Revolutionary Wars. During the Battle, Rear-Admiral Nelson is wounded in the arm and the arm had to be partially amputated.

1893: Katharine Lee Bates writes “America the Beautiful” after admiring the view from the top of Pikes Peak near Colorado Springs, Colorado.

1894: The first ever motor race is held in France between the cities of Paris and Rouen. The fastest finisher was the Comte Jules-Albert de Dion, but the ‘official’ victory was awarded to Albert Lemaître driving his three-horsepower petrol engined Peugeot.

1916: Preparedness Day Bombing: In San Francisco, a bomb explodes on Market Street during a parade, killing ten and injuring 40.

1921: Rif War: The Spanish Army suffers its worst military defeat in modern times to the Berbers of the Rif region of Spanish Morocco.[3]

1942: Grossaktion Warsaw: The systematic deportation of Jews from the Warsaw ghetto begins.

1944: The Polish Committee of National Liberation publishes its manifesto, starting the period of Communist rule in Poland.

1962: Mariner program: Mariner 1 spacecraft flies erratically several minutes after launch and has to be destroyed.

1976: Japan completes its last reparation to the Philippines for war crimes committed during imperial Japan’s conquest of the country in the Second World War.

1993: Great Flood of 1993: Levees near Kaskaskia, Illinois rupture, forcing the entire town to evacuate by barges operated by the Army Corps of Engineers.

2003: Members of 101st Airborne of the United States, aided by Special Forces, attack a compound in Iraq, killing Saddam Hussein’s sons Uday and Qusay, along with Mustapha Hussein, Qusay’s 14-year-old son, and a bodyguard.

Next Phase of Lancaster Square up for Review