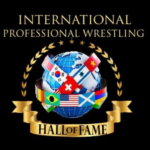 The International Professional Wrestling Hall of Fame will have its 2022 Induction dinner later this month. The IPWHOF announced on Friday that the weekend is set to take place on August 26th to the 28th in Albany, New York. You can see the full announcement below, via PWInsider:

THE COUNTDOWN IS ON!
With just under 3 weeks to go, we’re putting the finishing touches on what is proving to be one of the biggest weekends in pro wrestling history in the New York Capital Region and we couldn’t have done it without you!

The International Professional Wrestling Hall of Fame’s Class of 2022 Induction Weekend August 26th-28th is right around the corner and already has the makings of a memorable weekend. There is so much planned we can’t fit it into one message!

The weekend kicks off on Friday August 26th at 3pm with the OFFICIAL ribbon cutting of the IPWHF museum at the MVP Arena, located at 51 S. Pearl St. in Downtown Albany, followed by NYCW Wrestling “Inferno of Champions” at the Dome in Watervliet ; Doors open at 5:30pm. The party continues with Bill Apter’s “Apter Hours Party” at 11pm at the Crowne Plaza Albany-Desmond Hotel, located at 660 Albany-Shaker Rd., minutes from Albany International Airport.

Some of the greatest to lace up a pair of boots will be on hand like 5x World Champion and 2x WWE Hall of Famer Booker T, “The Million Dollar Man” Ted Dibiase, Bushwhacker Luke, Dan “The Beast” Severn, and Class of 2022 IPWHF Inductee, the legendary Dory Funk Jr.

The entire weekend schedule as well as sponsorship opportunities, ticket, and hotel information can be found at: http://www.prowrestlinghall.org.

We’re counting down Royal Rumble style and look forward to seeing you there!

Several ideas, but no firm plans by Buffalo Public Schools in place to tackle transportation challenges