Several ideas, but no firm plans by Buffalo Public Schools in place to tackle transportation challenges 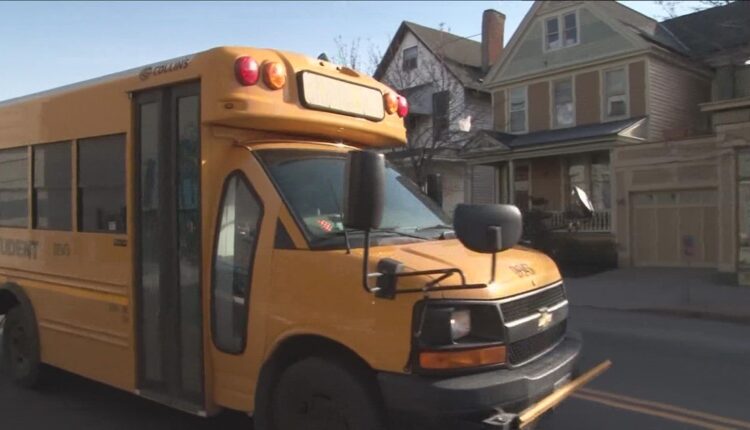 A special committee has been brainstorming since July, and the start of school is just a month away.

BUFFALO, NY — Amid a shortage of bus drivers and bus aides, a committee appointed to tackle the challenge of getting students to and from classes in the Buffalo Public Schools met with reporters on Friday.

While committee members have brainstormed several ideas since they began meeting in July, there are no firm plans in place at this point to directly address the issue, and the start of the school year looms in just a month.

“There is nothing more important than ensuring that we are getting our students to school and home safely and timely,” Superintendent of Schools Tonja M. Williams said during a city hall news conference where she was flanked by members of the committee.

One idea that’s been the subject of some intrigue is that of paying parents willing to take their children off the busses and drive them to and from school themselves.

Last spring it was proposed to do this by issuing gas cards, but due to potential tax implications and other possible pitfalls, the more likely option would be to reimburse those parents at the current IRS rate of 58 cents per mile.

But such a plan, the details of which would still have to be worked out, would still require approval by the New York State Department of Education.

“Right now we’re in an exploratory phase with that,” Associate Superintendent of Schools John Gonzalez said. “We haven’t decided or not if that is going to be a strategy that we are going to use.”

Committee members will weigh whether such an option is viable based on data gleaned from a survey of parents, which has yet to be completed.

“We’re really in the infancy stage of collecting the data,” Williams said. “The survey is live until 11:59 pm on Monday. Once we get that data, then we’ll kind of where we need to go and if this is a viable option or not.”

Responses thus far also indicate this could be a complicated option for many parents, who might be able to get their child to school in the morning and make it to work, but wouldn’t be able to leave their job at 2pm or 3pm to come get them, which would then necessitate more after school programs which could allow those children to stay until their folks could get them.

A second prong in attacking the problem is to recruit more bus drivers.

“We’ve increased for our wages for our starting rate by almost 30% to $25 an hour and our senior drivers we’ve bumped to $28 dollars an hour,” said the director of operations for First Student Rob Hummel.

However, as of right now they are still 100 drivers short of the number they would ideally like to have to begin the school year, and even if that many qualified candidates were to apply today, it would still take four or five weeks for them to be trained and certified.

The third possibility to alleviate the situation is what the superintendent referred to as “creative scheduling opportunities.”

“So, we’re looking at possibly collapsing some routes, early release dates and some of those kids of things,” Williams said.

And while Williams insists there is still time to develop and implement new strategies, it is also true that classes in the Buffalo Public Schools are scheduled to begin on September 6.