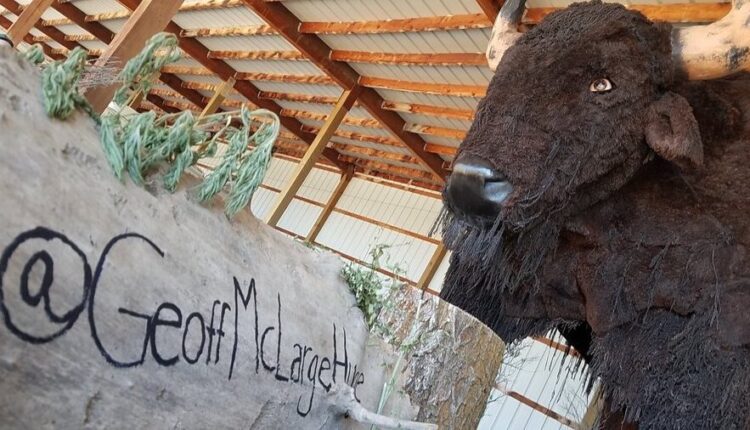 Geoff McLargeHuge, a giant buffalo with a movable head and tail, serves as the centerpiece of a float put together by the Idaho Art Lab. He was fabricated by a team under the leadership of Chicago-based prop maker Michael Corrie.

The project was a huge challenge in more ways than one. Initially intended for a foam figure-building class, it soon morphed into an entirely new buffalo-themed concept.

“It just took off with the idea that they wanted to build a parade float,” team member Kassie Galloway told EastIdahoNews.com. “With Yellowstone being around here, I think that was part of their thought process about it.”

Geoff’s construction consists of a number of elements and multiple different materials.

“We ended up welding a frame,” said Galloway. “It’s a rectangular-shaped metal frame with wooden ribs wrapped around it, to give him more of the rounded bison belly. The legs are steel.”

The team’s search for exterior covering options led them to use carpet for Geoff’s skin.

“One of our team members, Daniel Borup, got a bunch of carpet that had been ripped out of Shelley High School, so we used that for his skin,” Galloway said. “Michael Corrie had found these fur bath mats, which is what his fur is made out of. His head is partially 3D-printed and then a wood frame.”

The final result is a buffalo that measures 11 feet at its tallest point and is around 15 feet long. Not only is its size impressive, but the team also built some movement into him.

“There is a puppeteer’s chair inside of the bison,” said Galloway. “Its head rotates and turns. It turns to the left and to the right and goes up and down. The head is rotated by a steel bar that goes through the puppeteer’s chair. There’s a rope that goes through the steel frame and you pull on it and the tail moves. Its ears also flip. That is also done with ropes.”

Galloway said Geoff only came together thanks to the many different skills each member of the team brought to the project.

“We needed welding skills to weld the steel frame together,” she said. “All of us had really good problem-solving skills. We ran into some problems with some parts not arriving in the mail, so we had to come up with resources that would replace the things that didn’t arrive in the mail. And simple wood skills, simple cutting skills. I think all of us had an artistic eye. We all threw in ideas and it came together.”

Galloway said that while building Geoff was a trial, it was ultimately a really rewarding experience from which she and the other team members took some valuable lessons.

“It was difficult working in the hot Idaho weather,” she said. “But also, it was a really cool experience. It was really cool working with Michael and having this team that came together and problem-solved all this stuff we were having trouble with.”

“I’m really excited for (people to see Geoff),” she added. “It’s been such a long build and we’ve put a lot of effort into it. I’m just excited for people to see this thing that a bunch of people came together to put together. I think it’s really cool.”

You can see Geoff McLargeHuge the giant buffalo in the Pioneer Day Parade beginning on Bridge Street in St. Anthony at 10 am 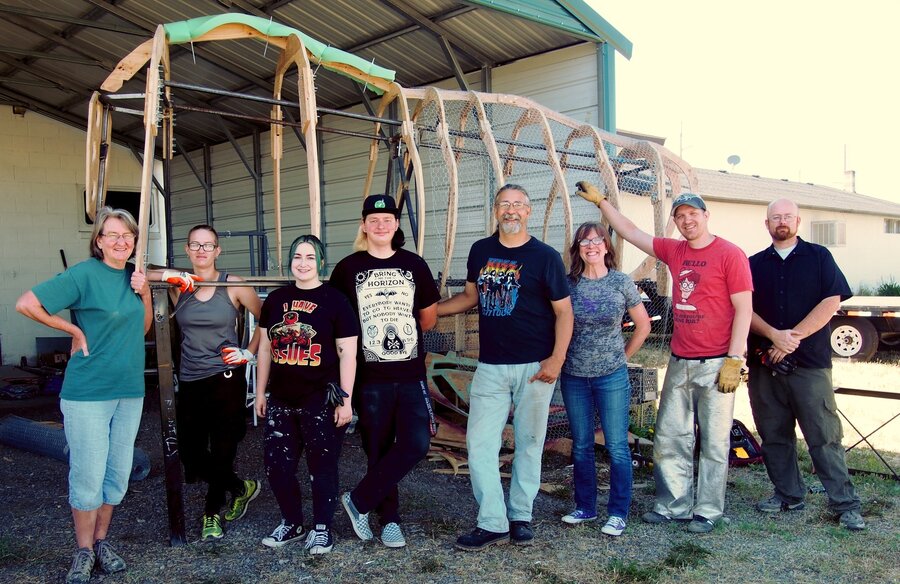 9 Amazing Things To Do In Cooperstown