How many kids do Jon and Dani Wrobel have? Couple is all set to participate in HGTV’s Flip to a Million 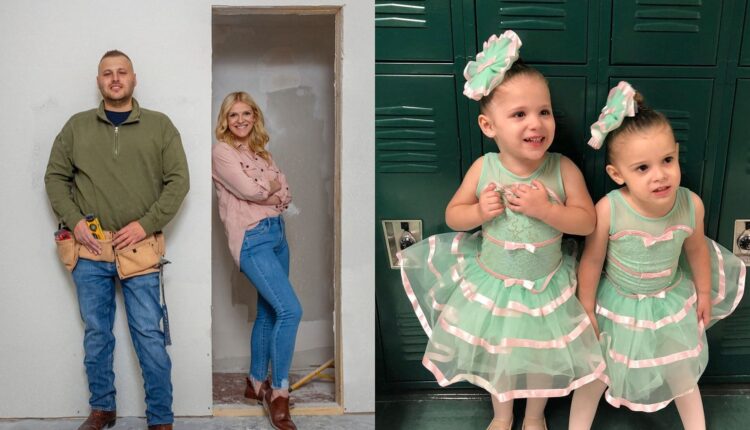 New Yorkers and parents of twin daughters Jon and Dani Wrobel will move to Dallas, Texas, to flip houses for HGTV’s new home renovation show, Flip to A Million. The couple has so far successfully flipped 60 houses together.

On Flip to A Million, the couple will be dropped in a new location “to prove that, in the world of real estate, it’s possible to start out with almost nothing and turn it into a fortune.”

Jon and Dani Wrobel will be given an initial budget of only $1,000 to “work the real estate and flipping market to buy, renovate and sell properties.” According to a press release of Flip to a Million:

“Their goal: build to a $1 million house sale in just six months. To try to make it happen, the duos must take real risks and go to any length to flip to a million.”

The Flip to a Million couple Jon and Dani Wrobel have been married for more than seven years and are parents to six-year-old twin girls, Ava Rose and Lily Harper. They also own two German Shepherds.

The two are also business owners. They own a security company, Verum Protection, and a home + living store, True Place Company, Inc., based in Sayville, New York.

Jon grew up in Suffolk County, New York, and completed his education at Patchogue-Medford High School and St. Joseph’s University. He flipped houses as a “hobby” with his father Andy Wrobel while working as a correction officer at Fishkill Correctional Facility in upstate Beacon.

New York-based Dani, a graduate of Plainview-Old Bethpage JFK High School and the University at Buffalo, met her future husband about 10 years ago “when Jon was on these projects with his father, flipping. And it was like magic seeing that .”

Dani, who was originally an occupational therapist and still retains an active license, was impressed by the concept of flipping houses. She immediately fell in love with the idea.

“Flipping shows weren’t as big as they are now, and seeing it in person, Dani immediately took to it. From that point on, she really got involved in her designs. We would put a house on the market, and people would give us the same feedback all the time, how much they loved her designs. Dani got very involved with it and pretty much took the lead on almost all these projects.”

The couple has been working together for a decade. So when they got a chance to go on Flip to a Million, they took it to show their creativity to the world.

The couple was doing their flips when they got a call from a Long Island realtor friend they do business with, informing them “that he got a call from a casting company saying they were looking nationally for a flipping couple, and he passed them along to us.”

Jon and Dani “didn’t think anything was going to happen from it,” but after a few “rounds of Skype interviews,” pandemic, and “year-and-a-half, two-year process,” the couple finally got the call asking if they “wanna be on TV? “And they agreed.

So read
Story continues below

On Flip to a Million, the couple will compete with another Chicago couple, Jason and EJ Williams, to showcase their talent.

Tune in on Monday, August 1 on HGTV at 9 pm ET to witness an “edge-of-your-seat house-flipping experiment as never seen before.”