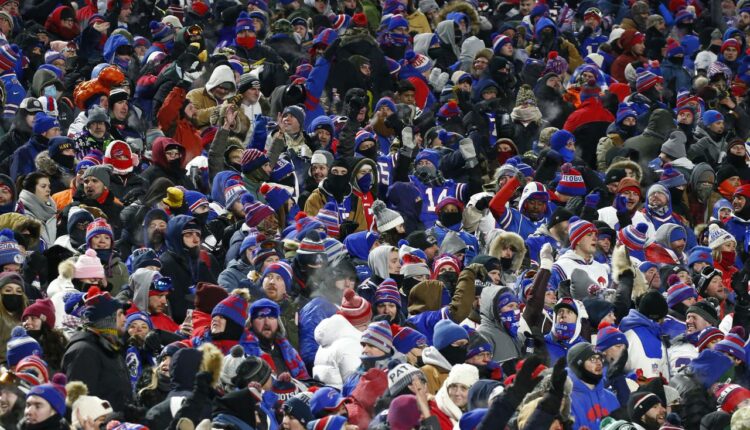 While many Buffalo Bills fans reside in Western New York, there are many fans who travel to Orchard Park once or twice a year to catch a game. Fans traveling in for a Bills game who also support the Sabers will have a few opportunities to get the most bang for their buck in the 2022-2023 season.

The NHL recently released their 2022-2023 schedule and after comparing the Bills’ schedule to the Sabers’ schedule, there are four weekends where fans will have the opportunity to see both teams.

Below is a look at the four weekends.

When the NFL released their schedule for the 2022-2023 season, many Bills fans were excited to see the Packers and Bills facing off on Sunday Night Football. This matchup features two of the best quarterbacks in the league in what could be a Super Bowl preview. The Packers have never defeated the Bills in Orchard Park and Sean McDermott is undefeated as the team’s head coach post-bye. Both of those streaks will be on the line when this matchup takes place.

Those attending the Bills’ primetime matchup will have two opportunities to see the Sabers in action. Buffalo hosts the Chicago Blackhawks on Saturday, October 29 and the Detroit Red Wings on Monday, October 31.

Stefon Diggs will take on his former team in mid-November when the Bills host the Vikings. In addition to seeing Diggs go against his former squad, fans will get a look at Justin Jefferson. Jefferson is one of the NFL’s top wide receivers and was selected by Minnesota using the Bills’ first round pick in 2020.

Fans attending the Bills-Vikings game can head to the KeyBank Center on Saturday, November 12 to catch the Sabers hosting the Boston Bruins.

On paper, few teams had a better draft than the New York Jets. Of course, that was expected to be considering that they had three first round picks and a high second round selection (pick 36).

How competitive the Jets are will ultimately come down to how big of a leap Zach Wilson takes in 2022. Wilson had his moments as a rookie, but had plenty of room for improvement.

The last time the Bills hosted the Patriots, the team embarrassed New England on Wild Card Weekend en route to a 47-17 win. New England will be looking for revenge in early January when the teams meet up in the regular season finale. New England has been the Bills’ main competition in the AFC East the past two seasons, but that may not be the case in 2022.

Before the Bills and Patriots face-off, fans attending the game can watch the Sabers take on the Minnesota Wild on Saturday, January 7.

While it’s not included here, there could be at least one more Bills-Sabres weekend depending on Buffalo making the playoffs and hosting a game later in January.