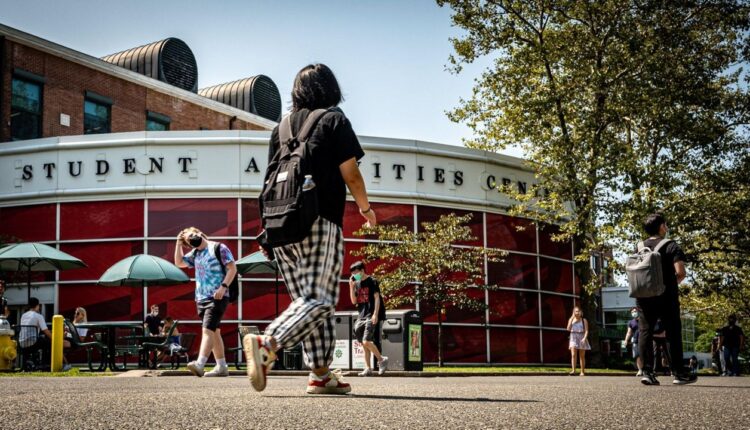 The US News & World Report, best known for its annual college rankings, released its 2023 online education program rankings on Tuesday, based on data submitted by 1,832 statewide programs.

The highest ranking for a Long Island institution is Stony Brook University’s 8th place for online master’s degrees in nursing programs. It ranked 93rd for non-MBA Masters in Business and 132 for Masters in Education programs.

Also on Long Island, Hofstra University in Hempstead ranked 19th for best online MBA programs and 82nd on the list of online masters in education programs. The New York Institute of Technology at Old Westbury also ranked 82nd on this list, while it ranked 34th on the list for master’s programs in computer information technology, 75th for online master’s programs in engineering, and the 235th place in the online bachelor list. St. Joseph’s University, New York ranked 132nd in its online master’s degree in education programs, 161st in its online bachelor’s degree, and 261st in its online MBA program.

According to the US News & World Report publication that announced the rankings, only degree programs offered primarily online by regionally accredited institutions were ranked based on metrics specific to online learning are, and factors such as student engagement, faculty credentials, and student services and technology.

“Most of the undergraduate programs in the Best Online Programs rankings are graduate programs, meaning the vast majority of their students already have some college credit,” Eric Brooks, senior data analyst at US News, said in the statement. “The methodology was developed with these students in mind, which differentiates these rankings from those that focus on recent high school graduates who are pursuing higher education for the first time.”

US News & World Review rankings have come under increasing scrutiny as more and more elite institutions declined to participate in the rankings and refused to submit data for assessment. Six of the country’s top 14 law schools are boycotting the rankings, while Harvard Medical School, which ranks #1 on the 2023 list of medical schools, recently announced it would no longer participate. Critics claim that the rankings emphasize and reinforce certain criteria at the expense of other important educational goals, while providing incentives for institutions to report misleading data.

Last year, Columbia University’s ranking fell from 2 to 18 in 2021 after it admitted to submitting false information about class size and faculty qualifications.

However, the rankings can draw welcome attention to less highly selective institutions among potential applicants who will continue to use the rankings as part of their college search.

Carol Polsky writes news and reports on a variety of topics, from Superstorm Sandy, 9/11 and the presidential election to healthcare and business.

Voters continue to rank public safety as a top concern