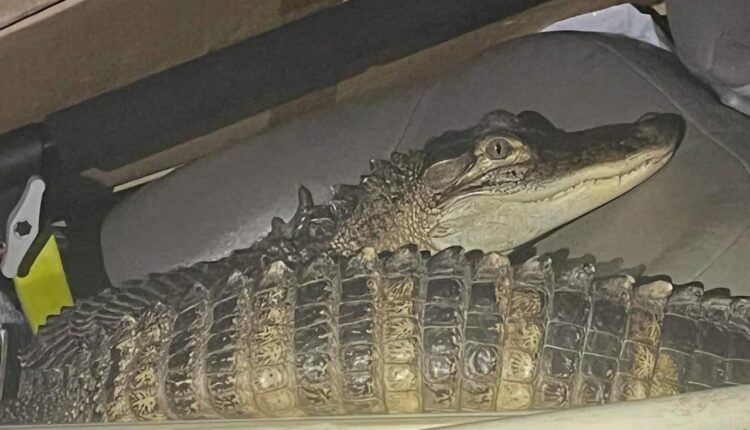 A nine-year-old alligator measuring five-feet in length was surrendered on Long Island on Thursday. The reptile, named Zacahry, was surrendered to the New York state Department of Environmental Conservation and Suffolk County Society for the Prevention of Cruelty to Animals, according to officials.

An anonymous owner relinquished the animal, explaining that they had purchased it out of state and did not have a permit to own it, according to Suffolk County SPCA Chief Ray Gross.

“Originally, they claimed they didn’t know anything about an alligator. But then when we gave them the choice of either turning it in and facing civil penalties or having us get a search warrant and facing criminal charges they made the phone call and said we have your alligator come get it,” said NYSDEC Captain Timothy Byrnes.

The alligator will be relocated to a licensed wildlife sanctuary.

“Alligators do not make good pets, are a danger to the public, and are illegal to own without a permit from the NYSDEC,” Gross offered by way of reminder (if anyone needed one). “These are very, very dangerous animals. They can inflict serious injuries or even death…I can’t imagine anybody sitting on a couch with an alligator curled up on their lap. It doesn’t make sense.”

“Our message is: don’t own these. There are plenty of cats and dogs and fish and all kinds of other pets that are much easier to take care of and much safer and healthier for the wildlife itself.”