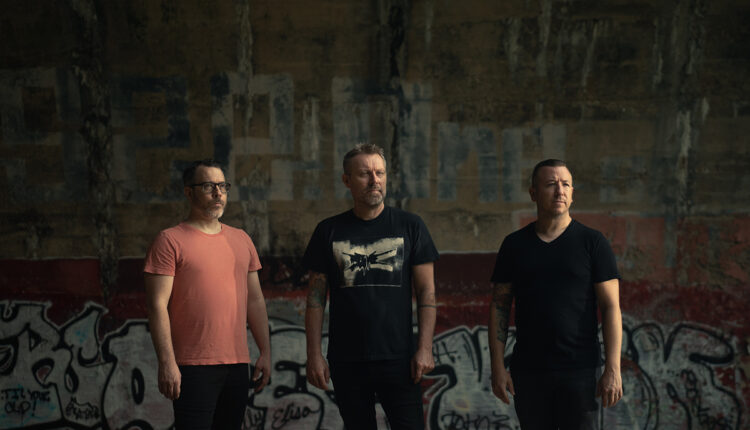 Experimental metal trio Locrian have spent the past 17 years branching out into unknown realms, but lately they’ve been reexamining their roots. Formed in Chicago in 2005 by guitarist André Foisy and keyboardist Terence Hannum, Locrian started out mining darkness from their bleak soundscapes by layering grimy, pitch-black, doomy ambient noise with swaths of sounds and textures. In 2010 the duo linked up with drummer Steven Hess, who brought along pseudo-tribal percussion and blastbeats, driving the band in a new direction. Locrian’s 2015 LP, Infinite Dissolution, plays like a perfect summation of the group up to that point—it’s an icy tome of spacey, psychedelic black metal with electronic drones. But Locrian went quiet soon after that. Hannum and Foisy moved to Baltimore and Albany, New York, respectively, and all three members have worked on other music, sometimes solo and sometimes collaboratively—Hess is part of instrumental rock trio Rlyr and experimental project Cleared, for instance, and Hannum has played in dark pop group the Holy Circle. This month, Locrian break their seven-year silence with a new full-length, New Catastrophism (Profound Lore), a beautiful, heady record that strips their aesthetic back to straightforward post-metal-flavored ambience and electronics. Opener “Mortichnia” is ten minutes of glitchy, fried synth drone, while “Incomplete Map of Voids” sounds like Darkthrone’s Fenriz howling over dreamy Sonic Youth guitar arpeggios and space-age keyboards. And on the album’s first single, “The Glare Is Everywhere and Nowhere Our Shadow,” the trio fire on all cylinders, with slamming drums punctuating oppressive, crushing layers of tones. New Catastrophism proves once again that whether Locrian are operating with a minimalist or maximalist palette, they’re hard to top when it comes to conjuring dark, moving sounds.