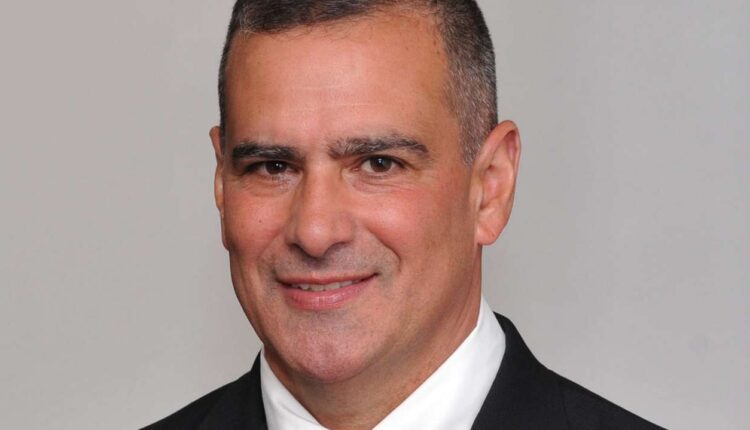 Dominic Spada, former director of Huntington’s maritime services who took a plea deal last month for falsifying information on a Civil Service application, was appointed to the town’s volunteer Opioid and Addiction Task Force on Tuesday.

Spada, 59, of Huntington Bay, was appointed to the 11-member board by a 4-1 vote cast along political lines at the town board meeting. Town Board member Joan Cergol, a Democrat, voted against the appointment.

“Mr. Spada’s contributions to drug awareness may well be laudable, but the recent outcome of his indictment charge did nothing to assume my concerns to reappoint him to any town post,” Cergol said after the meeting.

Town board member Gene Cook, a Republican, sponsored the resolution.

Spada did not respond to a request for comment.

Spada previously served as a Huntington Bay Village trustee. He’s chief of the Halesite Fire Department and an EMT, and he has educated over 1,000 kids as the founder of the “Be Smart, Don’t Start” drug prevention and education program, town officials said. He also has run unsuccessfully as a Republican for the Suffolk County Legislature.

He was asked to resign by then-Town Supervisor Chad Lupinacci as the charges surfaced.

Last month, the current district attorney’s office said Spada’s case was resolved with a plea bargain, but that the details were sealed and thus secret.

“In accordance with a plea offer conveyed under the previous district attorney, Spada pled guilty. The plea and the sentence, however, are sealed so by statute we can’t disclose details of the agreement,” an email from the district attorney’s office said last month.

It’s not clear for which charges Spada pleaded guilty.

Town Supervisor Ed Smyth, a Republican, said people make mistakes and should be allowed to move on with their lives.

“I don’t think people should be pilloried forever,” he said after the meeting.

Spada’s term is through December 2023. The task force is charged with setting anti-drug educational programs for young people, Smyth said.