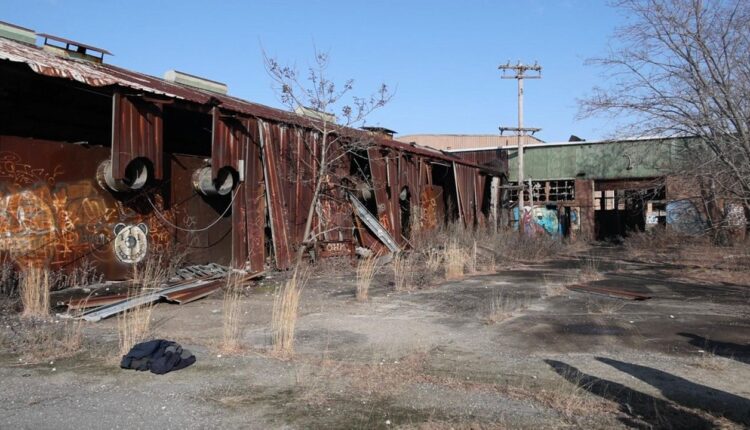 The long-awaited demolition of more than a dozen derelict buildings at a Superfund site in Port Jefferson Station was set to happen soon after a federal agency agreed to fund the project, officials said.

The demolition of 14 vacant buildings on the site of the closed Lawrence Aviation Industries on Sheep Pasture Road should help clear the way for eventual development of the property, Senator Chuck Schumer (DN.Y.) told Newsday on Monday. The US Environmental Protection Agency is conducting a $48.1 million cleanup of contaminated soil on the 124-acre site.

“This is the final piece of the puzzle needed to demolish those 14 dangerous buildings and open up this area to new things that can really help this area,” he said. “This has been a Superfund site since 2000 but not much has happened. … It has some great possibilities.”

Schumer said the US Department of Housing and Urban Development has agreed to release $450,000 to fund the demolition. The funds were approved under the federal omnibus spending bill passed by Congress last month, he said.

The demolition, which is expected to cost approximately $1.5 million, will be funded by the HUD grant and funds from the State Department of Environmental Conservation, Brookhaven Town, and the nonprofit Suffolk County Landbank Corp. financed, Sarah Lansdale, Commissioner for Economic Development and Planning in Suffolk, told Newsday. The DEC is overseeing the demolition plans, said county spokeswoman Marykate Guilfoyle.

Lawrence Aviation, which used to make parts for the airline industry, has been a thorn in the side of Suffolk and Brookhaven Town officials since the company closed in 2003. Company owner Gerald Cohen had been in federal prison for a year and a day after pleading guilty in 2008 to charges that the company illegally dumped toxic cleaning materials such as polychlorinated biphenyls (PCBs) and asbestos on its premises.

Illegal dumping caused a mile-long toxic plume to flow beneath the village of Port Jefferson. According to officials, the EPA removed more than 16,000 tons of contaminated soil from the Lawrence site.

Cohen made no payments to comply with the court order prior to his death in 2020, said John Marzulli, a spokesman for the federal Department of Justice in Brooklyn.

Suffolk officials are hoping to gain ownership of the property, which is still held by Cohen’s estate. Proceeds from the sale of portions of the property are expected to help pay Cohen’s many creditors, including the Department of Justice, the Internal Revenue Service, the Long Island Power Authority and the county, which has about $17.9 million in back taxes from 1993, county officials said.

It was still unclear on Tuesday when the demolition will take place.

“They don’t have a date yet, but it will be soon,” Schumer told Newsday. “Until they’re demolished, you can’t get the job done.”