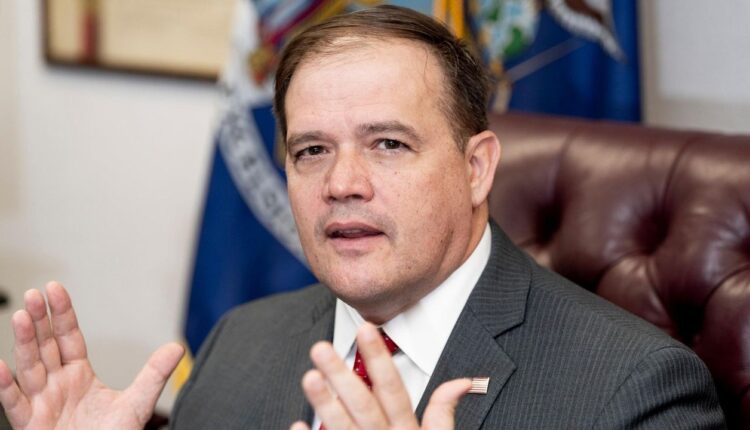 A former Wading River volunteer firefighter was charged Wednesday for allegedly posing as an NYPD officer despite not having a professional or volunteer role with the department, the Suffolk County Attorney’s Office said.

Prosecutors said Mary Ortega, 46, of Wading River, appeared in an NYPD uniform for fire calls and then fraudulently supported her claims of being an officer with forged documents.

“[Ortega] allegedly violated the trust of the Wading River community by falsely impersonating a New York police officer and then compounded this misconduct by allegedly submitting forged letters from two high-ranking officials to cover up her original crime. This was announced by Suffolk District Attorney Ray Tierney.

Defense attorney Haley Baldwin of Mineola said Ortega is cooperating with the investigation.

“We believe there are extenuating circumstances in this case that we want to bring to the attention of the prosecutor for a fair resolution,” Baldwin said.

Ortega was suspended from the Wading River Fire Department in May 2022 while investigating her claims of being a police officer.

During the department’s investigation, Ortega turned over forged letters from State Senator Simcha Felder and Kings County District Attorney Eric Gonzalez in support of her allegation, prosecutors said. According to a press release, both letters falsely referred to Ortega as a sworn member of the NYPD and referred to her fictitious assignment with an undercover gang and drug unit within the NYPD.

Prosecutors said Ortega later admitted never being associated with the NYPD and having bought her gear online.

“My office supports the brave men and women in law enforcement, and part of that support is holding accountable those who would seek to unfairly profit from their honor,” Tierney said.

Ortega was arraigned before state Supreme Court Justice Timothy Mazzei on Wednesday and was released on his own. She is expected in court on March 9th.

The case is being prosecuted by Assistant District Attorney Amanda Scheier of the Public Corruption Bureau.

A message left with the Wading River Fire District was not immediately returned.

Grant Parpan covers Suffolk County and federal courts for Newsday. He is from Long Island and joined Newsday in 2022.