Buffalo Sabers, fans should cringe if the NHL signs with Nike 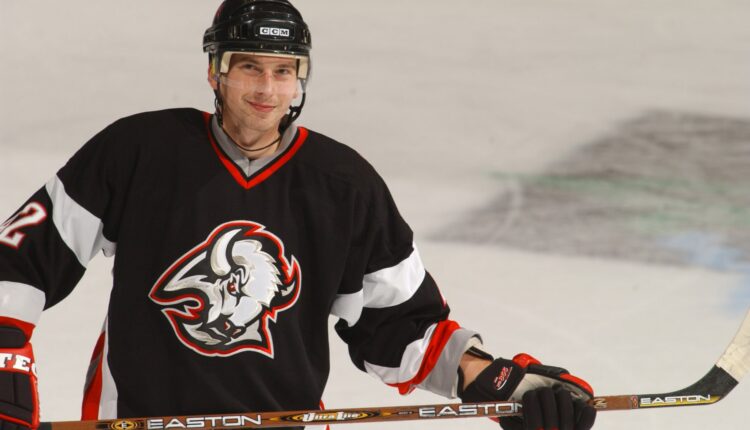 ESPN’s Greg Wyshynski reported the NHL and supplier Adidas will part ways after 2023-24. Cringe-worthy news if you love the Buffalo Sabers traditional look.

And while some fans will likely welcome the change, it does bring fears that Nike could potentially become a candidate to take over as the official uniform supplier. You should be cringing by imagining what they could do to the Buffalo Sabers look if this becomes a reality.

Over the years, the Sabers have become one of very few NHL teams that pulled off not one but two fantastic color schemes and logos. You could even say they are among the very few of the 124 North American pro sports teams to have accomplished such a feat.

The royal blue and gold are timeless while the red and black goathead look will always remain a fixture in Sabers lore. The latter would be welcomed to return as a throwback or even as an alternate. And perhaps that’s all the further Nike will go if they were to supply the NHL and the Sabers. But recent history states otherwise. Let’s look at their track record.

Buffalo Sabers fans should cringe if Nike takes over as the NHL’s official uniform supplier given their tendency to create completely irrelevant uniforms.

In 2012, Nike took over as the official uniform supplier of the NFL. And while some teams have improved for the better, they have also come out with a plethora of ill-fated designs. Here are just a few of their failures:

On the plus side, Nike has done a few good things. They did bring the Los Angeles Chargers into a nostalgic look. Nike also improved the Cincinnati Bengals uniforms, and they have respected many teams’ insistence to either return to, or remain with a more traditional look. It is important to note here that teams must approve Nike’s designs.

Thankfully, the Bills learned their lesson during the Reebok Era (2002-2010). Nike has also taken over as the MLB’s and NBA’s official uniform suppliers. And in many cases, they unveiled special uniforms, like City Edition (NBA) and City Connect (MLB) looks, whose color schemes have nothing to do with the franchises wearing the uniform.

So, let’s shift gears back to the NHL. What would Nike do to the Buffalo Sabers?