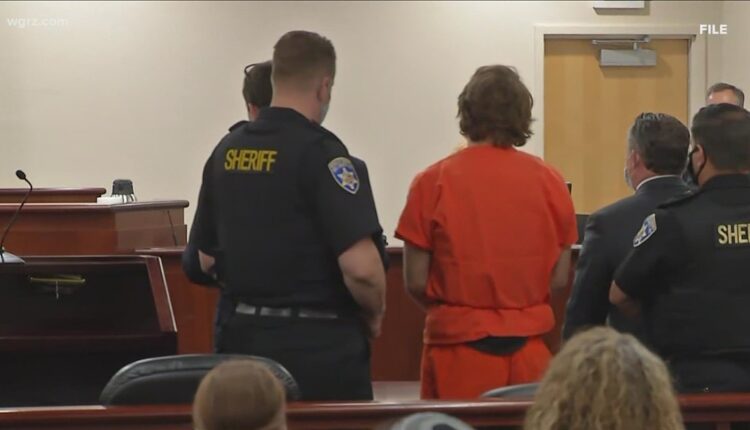 The defendant said nothing as his Federal Public Defender entered a not guilty plea for him. But she also said they would hope to resolve this case before a trial.

BUFFALO, NY — Last Thursday a federal grand jury handed down a 27-count indictment against the alleged Tops shooter. On Monday he was back in Federal Court to formally enter a plea. Federal Magistrate H. Kenneth Schroeder, Jr. also gave some idea of ​​the schedule of what’s to come.

While there was a bomb-sniffing dog and the Federal Protective Police presence outside the Federal Courthouse Monday, still less was seen for the suspect’s appearance in June. So, there were fewer media.

The defendant said nothing Monday as his Federal Public Defender entered a not guilty plea for him. But she also said she would hope to resolve this case before it goes to trial.

None of them would comment on that in court remark afterwards to reporters.

The federal judge said there was “a voluminous amount” of information that prosecutors would have to hand over to the Federal Public Defenders.

That actually means several terabytes of electronic and digital evidence gathered by investigators in this case. And the defense needs time to review it all. The judge set another conference for December to assess progress.

The mother of the wounded victim Zaire Goodman later told reporters she understands.

Zeneta Everhart said, “The prosecutors know what they’re doing and I think that I’d rather be longer. I wanna make sure they have the evidence.”

Everhart added, “My preference would just be for him to plead guilty.”

A reporter then asked, “What’s justice- life imprisonment or execution?

Everhart replied, “For me, it’s life imprisonment. Like I said before if the Attorney General decides to seek the death penalty then I support that.”

While other family members did not wish to speak Monday, some appeared to be leaning towards the death penalty in comments after the suspect’s first federal appearance.

Overall being in court with him is still an ordeal some are willing to endure. Everhart emphasized that “It’s the same feeling from the first time I saw him. I’m angry, I’m hurt. Heartbroken. I mean he came in and tried to destroy my community. So my feelings about him have not changed at all . I’m still disgusted by his presence but I’m gonna be there.”

One last note. Everhart says she was back in the reopened Tops store this weekend because it’s part of her community.