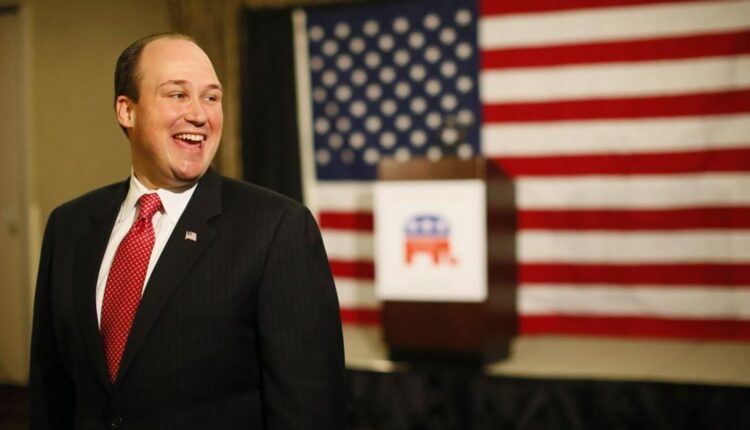 As chairman of the New York State Republican Party, the Wheatfield resident is leading the charge for gubernatorial candidate Lee Zeldin and the rest of the GOP state ticket. Despite gloomy poll predictions, Langworthy remains upbeat about Republican prospects for electing a governor for the first time since 2002.

But Langworthy faces another daunting objective – winning a tough GOP primary against Carl Paladino in the new 23rd Congressional District on Aug. 23, and then the general election against Democrat Max Della Pia on Nov. 8.

Langworthy claims no difficulties in juggling his assignments. But others say his hold on both jobs presents an inherent conflict that short shrifts them both – especially his statewide responsibilities as chairman. Paladino is leading the charge, claiming Langworthy’s “vanity project” candidacy only divides his own party.

“Every dollar he raises from himself is a dollar that is not going towards Lee Zeldin’s race,” Paladino said in a statement. “Every moment he campaigns for himself is a moment not spent campaigning for other NY Republicans.”

Langworthy remains atop his party organization without a major revolt against him. And not a peep of criticism stems from the Zeldin camp. Indeed, Langworthy on Thursday hosted a video town hall for Zeldin as part of the campaign for governor.

But some county chairs are raising questions, arguing that Langworthy cannot juggle two campaigns at once and that he should devote his full energies to one or the other.

Rockland County Republican Chairman Lawrence Garvey said the state committee backed Langworthy for chairman in 2019 by agreeing that former Chairman Edward F. Cox was not moving the party forward. Three years later, he says, the party may be squandering its best opportunity in a generation to elect a Republican governor.

“Instead of only focusing on electing our statewide candidates and candidates for Congress, he’s taking this opportunity for himself and splitting his efforts between his own campaign and the statewide campaign,” he said. “And if he hath to make a distinction, he will make it in favor of his own race.

And Sue McNeil, chairwoman of the Fulton County GOP, said she would be glad even if Langworthy focused on winning a congressional seat for the party. She sees only futility in attempting to manage both efforts.

“To think you can do both is just arrogant,” she said.

McNeil acknowledges her interest in becoming party leader, and Langworthy says such ambitions lie at the heart of complaints against him. Langworthy points to no groundswell of county chair raising concerns, and calls Paladino’s criticism a “distraction.” His state party staff has nothing to do with his campaign, he says (though some may “volunteer” services), and points to Zeldin’s landslide victory over three opponents in the June gubernatorial primary.

“If this were a swing seat this fall I would not do this,” he said a few days ago, “but I felt so strongly about it I decided to do something,” adding opposition stems from the “self-interest” of ambitious county chairs.

Langworthy said he will not continue as state chairman should he win the congressional election, promising to resign upon taking the oath of office in January.

“It’s too much for one human being to do given the travel demands (of the chairmanship),” he said.

Leaders of some of the state’s top Republican county organizations are backing Langworthy’s dual roles. Karl J. Simmeth Jr., Langworthy’s successor as Erie County GOP chairman, said Langworthy would not have assumed the congressional race if he thought he could not handle both jobs.

Is there a conflict in raising money for a congressional race that might have ended up in Zeldin coffers?

“He sure is out there raising money for Lee,” Simmeth said. “I’ve known Nick too long to think he would do anything to jeopardize any Republican seat.

Suffolk County Republican Chairman Jesse Garcia observes more energy in the New York GOP than at any previous time, even with Langworthy running for Congress. As chairman in Zeldin’s home county, he sees an all-out effort on the statewide race.

“As chairmen we multitask, we oversee multiple campaigns, and that’s a skill set Nick has,” he said. “He’s prepared to address multiple issues at multiple times.”

The smart way to start your day. We sift through all the news to give you a concise, informative look at the top headlines and must-read stories every weekday.