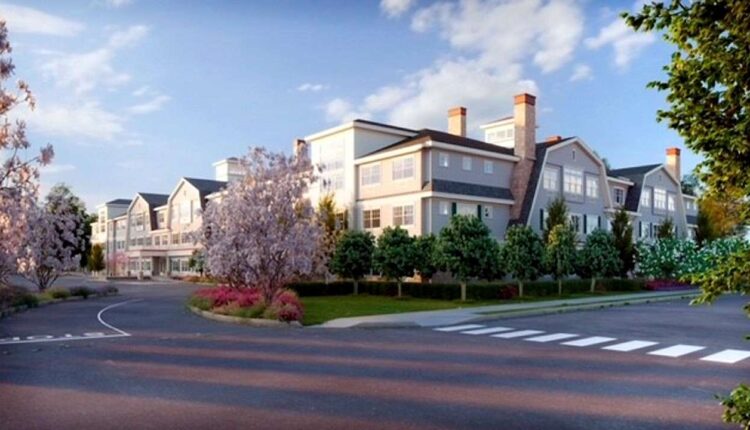 The stage is set for the revitalization of downtown East Patchogue — including an actual stage.

An arts center with a small performance space and classrooms is being planned for a one-acre East Main Street site as part of ongoing efforts to bring new homes and businesses to the hamlet’s aging business district, officials said.

The property, which includes several vacant buildings, will be donated to Brookhaven Town by its owner, Rechler Equity Partners. The Plainview developer plans to start construction later this year on the 91-unit Greystone Patchogue apartment complex across the street from the site.

The arts center is to be developed by the nonprofit Patchogue Arts Council, which will lease the site from the town, officials said.

Arts council president Lori Devlin told Newsday the group is in the early stages of designing the center, adding it’s too soon to estimate its cost. A capital campaign is planned to raise public and private funds, she said.

“We just have so much talent in Suffolk County that just needs space,” she said.

Greystone Patchogue is among the first projects in the hamlet’s makeover. The Brookhaven Planning Board voted 6-0 on July 11 to approve a site plan for the $40 million complex.

Brookhaven and Suffolk County officials began making plans three years ago to redevelop East Patchogue, saying then they hoped to build off successful efforts by the Village of Patchogue to refresh its downtown by adding multifamily housing and new businesses.

The town board approved in 2020 a special East Patchogue zoning overlay district designed to encourage mixed-use development, including apartments, shops and restaurants.

“I always admired what [Mayor] Paul Pontieri did in the Village of Patchogue,” Rechler managing partner Gregg Rechler told Newsday. He added East Patchogue should become “an extension of Patchogue Village … in terms of how it feels and how people use it.”

Among Greystone’s supporters is Focus East Patchogue, a civic group that has advocated downtown revitalization.

In a letter to the planning board, the group’s board member John Quatrale said Greystone “represents a major step forward” for the community.

The complex, built on the site of the shuttered Mediterranean Manor catering hall, which closed last year, will include an outdoor pool, community and recreation rooms, and shared work spaces for people working from home, Rechler said.

Monthly rents would be similar to those at the company’s Greystone Amityville complex, where one-bedroom units go for $3,200 and two-bedroom units rent for $3,750. About 10% of the units will be classified as “affordable” or “workforce” housing and will be rented at lower prices for those who meet income eligibility requirements, he said.

Construction is expected to be completed by early 2024, Rechler said.

Carl MacGowan is a Long Island native who covers Brookhaven Town after having previously covered Smithtown, Suffolk County courts and numerous spot news and feature stories over his 20-plus year career at Newsday.

Syracuse’s iconic staircase needs a $1.2 million fixup. How much do we love it?