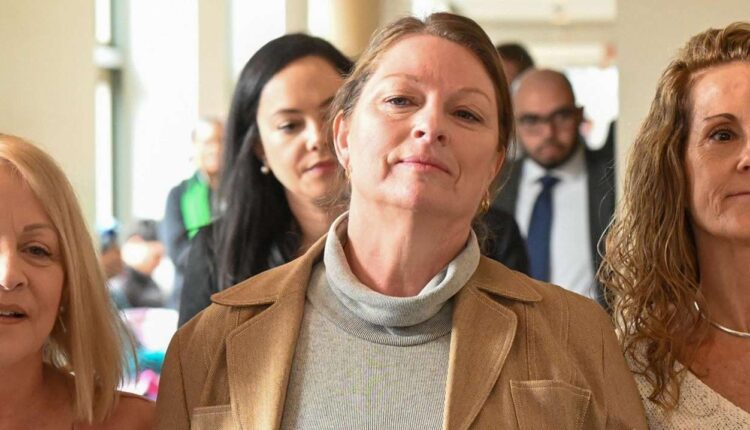 A state appeals court has overturned the 2020 conviction of the Patchogue nurse convicted of killing anti-gang activist Evelyn Rodriguez by driving over her on the same Brentwood street where her daughter was allegedly killed by MS-13 gang members two years earlier.

The panel cited prosecutorial misconduct as the reason.

Ann Marie Drago, 61, was convicted by a jury of criminally negligent homicide, criminal mischief and petit larceny in Rodriguez’s 2018 death following a nearly three week-long trial in Suffolk County. Then-acting State Supreme Court Justice Fernando Camacho sentenced Drago to 9 months in prison. She was released from the Suffolk County jail after only a week when Camacho granted her a stay of her sentence while her conviction was appealed, saying then that her appeal claims were “not frivolous.”

In a decision released Wednesday, a four-judge panel of the Brooklyn-based New York Supreme Court Appellate Division said it agreed with “the defendant’s contention that the cumulative effect of the prosecutor’s improper comments during summation deprived the defendant of a fair trial.”

The appellate ruling said the prosecutor who delivered the summation “mischaracterized evidence relating to the charge of criminally negligent homicide and confused the jury by repeatedly using language to suggest that the defendant’s conduct in striking Rodriguez with the vehicle was intentional or reckless” by using language such as “conscious, blameworthy choices.”

The ruling added that the prosecutor “continually evoked sympathy for Rodriguez by calling her a ‘grieving mother’ and referencing her ‘murdered daughter’ while the prosecutor continually denigrated the defense, referring to defense theories, repeatedly, as ‘excuses,’ and also as ‘garbage,’ and he falsely and provocatively claimed that the ‘defense repeatedly argued that the death of Kayla . . . what an inconvenience and a nuisance.'”

But the appeals court rejected several other Drago appeal claims, including that the trial court erred in not appointing a special prosecutor to try the case and should have excluded from evidence the comments she made to police at the scene because she had not yet been read her Miranda warnings, saying it was “without merit.”

Felice Milani, the appeals bureau chief for the Suffolk County Legal Aid Society, which represented Drago in her appeal, said in a statement: “While our office is disappointed with some parts of the decision, we are pleased that the Apellate Division Second Department granted Ms. Drago deserves a new trial. Ms. Drago deserves a just and fair trial free from the prejudices imposed by the last administration.”

Rodriguez’s older daughter, Kelsey Cuevas, 25, said she was “very angry” with the appeals court’s decision and Drago should have just served her jail sentence. Cuevas said she told the district attorney’s office she wants Drago re-tried.

“You want to make me sit in court and relive my mother’s murder?” Cuevas said. “I’m going to make sure, I’m taking it to every news outlet, no matter where she goes, everybody’s going to know what Ann Marie Drago did to my mother.”

Former Suffolk County Assistant District Attorney Marc Lindemann, the prosecutor who delivered the summation at Drago’s trial, did not respond to a request for comment Wednesday. Lindemann currently works for Suffolk County as a deputy county attorney defending the county and its agencies in civil litigation.

In a statement Wednesday, Suffolk County District Attorney Ray Tierney distanced himself from Drago’s prosecution, which was overseen by his predecessor, Timothy Sini. It’s unclear whether Tierney plans to retry Drago.

“This trial took place before I took office as District Attorney,” Tierney said. “The court’s decision to reverse the trial verdict was based upon a finding of prosecutorial misconduct committed in the summation by the assigned prosecutor. That prosecutor, as well as those supervisors from the prior administration who oversaw the trial and reviewed those remarks prior to the summation, were not retained by me and are no longer with the Suffolk County District Attorney’s Office. We respect the appellate court’s decision and will, of course, abide by the ruling as we evaluate how best to proceed in light of this decision.”

Evelyn Rodriguez addresses the Brentwood School Board during a public meeting in November 2016. Credit: Danielle Finkelstein

Rodriguez received nationwide attention as an activist for speaking out against MS-13 after she was the guest of President Donald Trump during a 2018 State of the Union address and later met with the president that same year when he visited Bethpage to talk about gang violence with local leaders.

Drago, while driving her Nissan Rogue, ran over Rodriguez, 50, of Brentwood, during a September 2018 confrontation over a Brentwood memorial for Rodriguez’s slain 16-year-old daughter, Kayla Cuevas. Federal prosecutors say Kayla and her 15-year-old friend, Nisa Mickens, were killed by MS-13 gang members who still await trial.

Rodriguez, who had set up the memorial in front of the home of Drago’s mother before a vigil planned to mark the two-year anniversary of the discovery of Kayla’s remains on the property, died after Drago’s vehicle ran her over and she suffered a fractured skull and brain injury. News12 Long Island captured the confrontation between Drago and Rodriguez on video, a key piece of evidence which was played for the jury at trial.

Drago’s attorney trial said the crash was a “tragic accident” and that Drago feared for her life after Rodriguez and Freddy Cuevas — Rodriguez’s partner and Kayla’s father — ran up to her vehicle and shouted expletives while pointing at her on the day of the deadly confrontation. The defense argued that Drago believed Rodriguez was out of her vehicle’s path after the woman moved slightly to the left.

The couple, who said prosecutors had no weapons and made no physical threats, demanded Drago return items from the memorial, including a portrait of Kayla in her Junior ROTC uniform and a flower wreath. Drago had torn down the memorial because she didn’t want prospective buyers of the for-sale home turned off by the display.

At Drago’s March 2021 sentencing, she apologized to Kelsey Cuevas: “I made an instinctive decision that caused the very tragic and unnecessary death of your mother. And I am very, very sorry for this.”

She added: “I will take my punishment, whatever the court decides. I hope it will help you in your healing process.”

Jamesville Beach closed for swimming after algae spotted in water