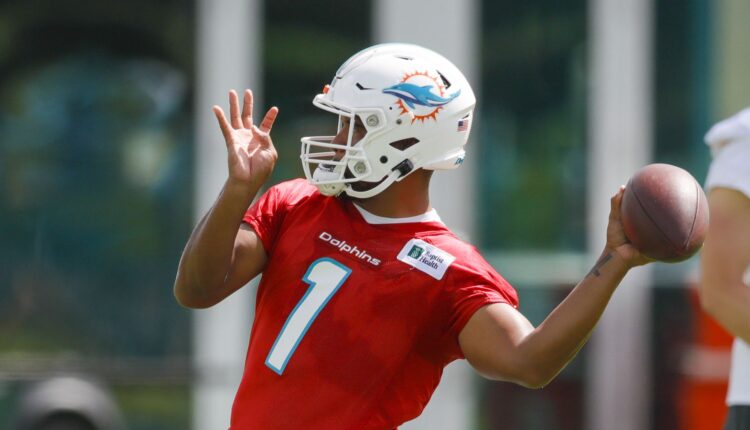 Training camp is officially underground in the NFL with teams having a good amount of practices under their belts already. Soon it will be go time with preseason games right around the corner. Even though it is still the early stages of camp, there are still some headlines to direct. Let’s look at some of them pertaining to the AFC East.

Every year it seems that one team gets cursed by injuries that derail their season before it gets started. Two seasons ago it was the San Francisco 49ers and last year it was the Baltimore Ravens. Thus far in training camp, Bill’s fans are hoping that it will not be them this year after some close calls. Last week, we saw safety Micah Hyde go down with a hip injury. Thankfully it was nothing serious and he is back practicing but it could have been much worse. On Tuesday, All-Pro safety Jordan Poyer went out with an elbow injury that was determined to be a hyperextension. His recovery time is a few weeks but should not jeopardize his availability for the season opener. The Bills training staff received praise last season for the health of the team but so far they have been tested early, with multiple starting offensive lineman not participating.

For the New England Patriots, all eyes during the offseason were on the offense and how would they respond to losing coordinator Josh McDaniels. The start of the training camp has been no different. The team announced that there will be no official offensive coordinator this season. Instead, it will be Bill Belichick and Matt Patricia working together on calling the plays. Early indications are that Mac Jones is looking in complete control of the offense in his second year. He will need to improve after the team took a tumble at the end of last season before getting whooped by Buffalo in the Wild Card game.

In his second year as coach of the New York Jets, Robert Saleh is getting his defense in a position to succeed. During the early portion of training camp, the defense has been all over the field. Jordan Whitehead and DJ Reed each have had red zone interceptions while rookie Sauce Gardner is showing why he was a top pick in this year’s draft. The defensive line has been consistently winning the battles in the trenches and getting to quarterback Zach Wilson with ease. The problem with having this great defense so far is that the offense has been struggling to find a rhythm which is something you do not want to see.

We finish off with Miami because they now have the biggest distraction in the NFL not named Deshaun Watson. On Tuesday, it was announced that the team was stripped of its 2023 first-round draft pick due to tampering findings with Tom Brady and Sean Payton. Owner Stephen Ross was also suspended until October along with a 1.5 million dollar fine. Training camp was supposed to be an exciting time for the Dolphins as receivers Jalen Waddle and Tyreke Hill have been showing flashes of how dangerous they will be on the field together. Instead, the team now has this dark cloud hanging over them and are the talk of the league.

‘An Arm and a Leg’: Her Bill for a Prenatal Test Felt Like a ‘Bait-and-Switch’ Scheme