Who is Bills playing next? Heartbroken Buffalo prepares for week 18 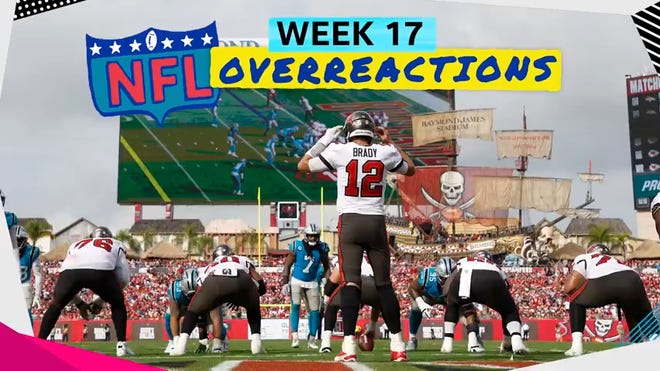 Football certainly seems pretty trivial at the moment given the ongoing situation surrounding the health and wellbeing of Buffalo Bills safety Damar Hamlin.

Hamlin remains in the ICU at the University of Cincinnati Medical Center after suffering cardiac arrest in the first quarter of Monday night’s game against the Bengals.

The incident happened at 5:58 into the first quarter and after Hamlin was taken to the hospital by ambulance, the NFL suspended the game in what, as far as we know, is an unprecedented event in NFL history. No known game has ever been interrupted and then not completed on the same day or night.

After closely monitoring the situation Tuesday morning, the NFL announced in the afternoon that play would not resume this week.

Sign up for the Bills Blast newsletter:Delivered straight to your inbox, additional billing analysis, insights, stats, quotes and team history from Sal Maiorana

However, the Week 18 schedule will be played entirely as normal, meaning the Bills will host the New England Patriots at 1:00 p.m. Sunday at Highmark Stadium.

As for the fate of the Bills-Bengals game, which could become perhaps the biggest game of the NFL season given the huge playoff implications for both teams, the NFL is still trying to figure out what to do.

But it now seems that there are only two options available, and neither of them are good. The first, and probably the easiest, would be to cancel it altogether. If that happens, it means both teams have only played 16 regular-season games, one fewer than the rest of the league, and playoff placements in the AFC would be determined by best winning odds.

This was a plan the NFL was willing to implement during the COVID-hit 2020 and 2021 seasons when there was a possibility that teams would play an uneven number of games due to outbreaks and resulting scheduling issues. Incredibly, the league found a way to overcome several obstacles and every game was eventually played.

The other would be to reschedule the game to the weekend of January 14-15, which was supposed to be the start of the wildcard round of the playoffs. If the NFL does, the Bills-Bengals game would be the only game played that weekend and the playoffs would start a week later.

The NFL can do this because it can eliminate the bye week between conference championship games and the Super Bowl, but there are a whole host of logistical issues that would need to be addressed, not least the upheaval of prime-time TV programming.

With that big decision still up in the air and the games yet to move on, the Bills now face the tremendously difficult task of turning their attention to the Patriots for a game that also has major playoff implications, albeit actually greater, for New England.

If the Patriots beat the Bills, they’ll secure the seventh and final seed in the AFC bracket. But if they lose, they only get in if all three things happen: the Dolphins lose to the Jets, the Titans lose to the Jaguars, and the Steelers lose to the Browns.

Buffalo already has the AFC East Division title and a playoff berth, but if they want any chance of securing the No. 1 spot, they need to win the game.

If the Bengals game is eventually called off, the Bills would have to lose the Chiefs to the Raiders on Saturday night to retain the top seed.

Here’s a first look at the matchup:

Top players in the New England Patriots on offense and defense

▶ QB Mac Jones: He’s the accurate description of mediocre, having completed 65.2% of his passes, but he’s averaged just 6.8 yards per attempt and only 11 TDs compared to eight interceptions. Part of Jones’ problem, of course, is the lack of elite talent around him on offense.

▶ WR Jakobi Meyers: He is easily the Patriots’ best outside target as he has 64 catches for 771 yards and five TDs. With a 71.3 catch percentage, Meyers was a reliable player who typically made the Patriots’ biggest plays in passing.

▶ Hunter Henry: He wasn’t the stud the Patriots thought they’d get when they signed him to a big-money free-agent deal in 2021, but he now has 35 catches for 467 yards and two TDs. He can be a red zone problem for the bills.

▶ EN Matthew Judon: He led the NFL in sacks midway through the year and now he has 15.5 but only 2.5 in his last six games. Despite this, he has a team pressure rating of 68 and can be a game-changer on the sidelines.

▶ EN Josh Uche: As teams have done better at blocking Judon, Uche has become a major threat. He has 50 pressures and 11.5 sacks with 7.5 in his last six games.

▶ LB Ja’Whaun Bentley: He leads the Patriots with 118 tackles and 45 of those were considered stops, meaning he was the player who caused the game to fail.

▶ SS Kyle Dugger: He is one of the most versatile defensive players in the NFL due to his ability to play both run and pass and big play skills. On Sunday against Miami, he had his third touchdown return of the season, two interceptions and one fumble. He has 72 tackles and has allowed just 139 yards from catch this season.

▶ CB Jonathan Jones: He has allowed just 53.9% of passes to be completed in his coverage area and leads the team with four interceptions, including one he returned for a touchdown, one of seven leading defensive scores for New England.

What the game means for the Buffalo Bills, New England Patriots

As said above, the Patriots must have it. If they win, they’re in, but if they lose, they need a series of events so they don’t miss the postseason for the second time in three years.

The only thing at stake for the Bills is a chance to get home field advantage in the playoffs, and that’s no small intangible. The Bills have never won an away playoff game (0-4) under Sean McDermott, so it would certainly be preferable to stay at home without guaranteeing anything.

Who is favored to win Bills vs. Patriots?

The Bills have opened as 7.5-point favorites for the game.

When does the Bills vs. Patriots game start?

Kick-off is scheduled for 1 p.m

How to watch Buffalo Bills vs. New England Patriots game on TV via streaming

Online Streaming Services: NFL.com and the NFL mobile app. Also, the NFL has a streaming service called NFL+, which replaces NFL Game Pass, although you can’t cast the games to your TV — you’ll have to watch them on your phone or tablet. The cost is $5 per month or $30 for the season, and a premium tier is $10/$80 which includes movies featuring all 22 trainers, compressed and full game replays. This allows you to watch every local game on Sunday and national games as well as the playoffs and Super Bowl on Monday and Thursday nights. You can also stream if you have DirecTV, fuboTV, NFL+, Sling, Vidgo, Hulu + Live TV, YouTube TV, and Paramount+ subscriptions.

On the radio: How to listen to the Bills vs. Patriots game

You can listen to SiriusXM satellite radio on channel 228 (Bills) and channel 384 (Patriots). In traditional radio, the Bills Radio Network has stations across the state. They include: