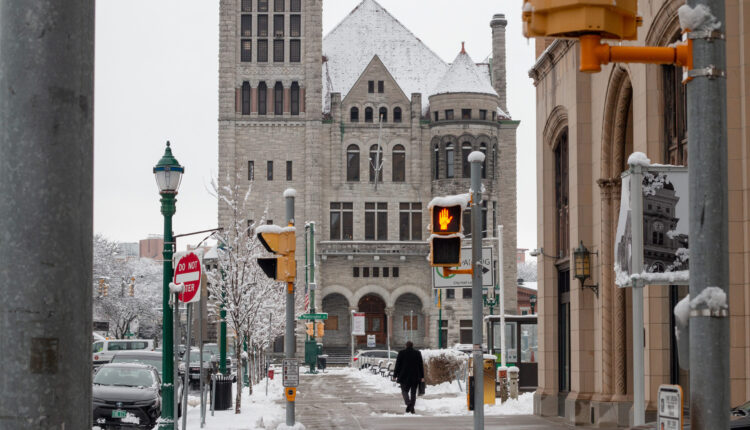 The address will highlight the city’s “achievements and challenges,” Walsh wrote in a press release. The event will be followed by a live panel discussion moderated by David Lombardo, presenter of The Capitol Pressroom.

Here’s what to look for in Thursday’s update on Walsh’s events and policies in Syracuse.

At the time of last year’s speech, a surge in the Omicron variant of COVID-19 had been spiking case numbers nationwide. On Jan. 23, 2022, 400 people tested positive for the virus in Onondaga County — on the same day a year later, 60 people in the county tested positive, according to the county. As of Wednesday night, 20% of adults in the county have received the bivalent booster shot against the virus, according to the COVID Act Now Coalition organization.

Over the past year, Walsh has worked with Syracuse City Common Council to provide the funds for a variety of areas in the community, including job development and investment in neighborhoods and infrastructure. Walsh has since provided $2 million in ARPA funding to local independent businesses recovering from the pandemic.

The city of Syracuse secured $123 million in funding for pandemic relief from the Biden administration’s American Rescue Plan Act of 2021.

According to the latest available data for the end of 2022, released by the Federal Bureau of Labor Statistics, Syracuse’s unemployment rate was 8.7%, over 5% higher than the national unemployment rate of 3.5%.

Despite Syracuse’s disproportionately high unemployment rate, recent plans for projects in the Syracuse area are expected to bring thousands of job opportunities to the area.

Following Micron’s announcement in October that it would select Clay, New York, as the site for its newest microchip manufacturing plant, Walsh said he expected the city’s continued workforce development efforts would help fill the projected 50,000 jobs that the to bring work. Construction of the facility, which will be located in the White Pines Business Park, is scheduled to begin in summer 2024.

Another big economic change since last year’s speech is the August approval of the Onondaga County Legislature of an $85 million plan to build an aquarium in the western region of Syracuse near the Destiny USA mall. The plan, which ignores a 1794 treaty stating that the land to be used for the aquarium be owned by the Onondaga Nation, has met with backlash. While proponents tout the additional jobs, opponents say the funds should go to underfunded areas of the community.

Last year, Walsh devoted much of his address to recognizing new community development projects in Syracuse, such as the Syracuse Surge program and a new STEAM school. He also announced his plan to prioritize “nuisance properties” or properties that are unused or in disrepair and “cause eye stains.”

In October, the Syracuse Common Council approved Walsh’s application to the Restore New York Communities Initiative, which, according to its website, funds the rehabilitation and reconstruction of abandoned or destroyed residential and commercial properties.

I-81
In last year’s address, Walsh highlighted the implications of the Community Grid alternative for the I-81 viaduct removal project. However, recent court cases in the fall have threatened the future of the plan.

In November, New York State Supreme Court Justice Gerard Neri temporarily blocked all progress of the plan in favor of local group Renew I-81 for All.

At the time of the decision, Walsh wrote in a statement to The Daily Orange that he considered the delay “unnecessary” and that his office would continue working with the New York State Department of Transportation to guide the future of the project.

Another defensive ending? That’s what Mel Kiper Jr. gives to the Buffalo Bills in his first mock draft of 2023